A Beach In The Baltic

The way to Ventspils’ Blue Flag Beach is lined by a series of curious cow sculptures (including one wearing lipstick and pouting before a mirror outside the ferry terminal) and an equally puzzling array of interesting little houses that lack the uniformity of their counterparts in Western Europe. A post-Soviet gloom continues to hang in the air and seagulls shriek from church spires, sometimes swooping down on the hapless tourist emerging from the supermarket with food in her hand. The River Venta, from which Ventspils derives its name, continues the city’s legacy of an industrial past with its coal and cargo ferries running alongside the road that leads to the beach. The streets are unusually deserted for a popular summer getaway, but then again, in sparsely populated Latvia, that’s hardly surprising. 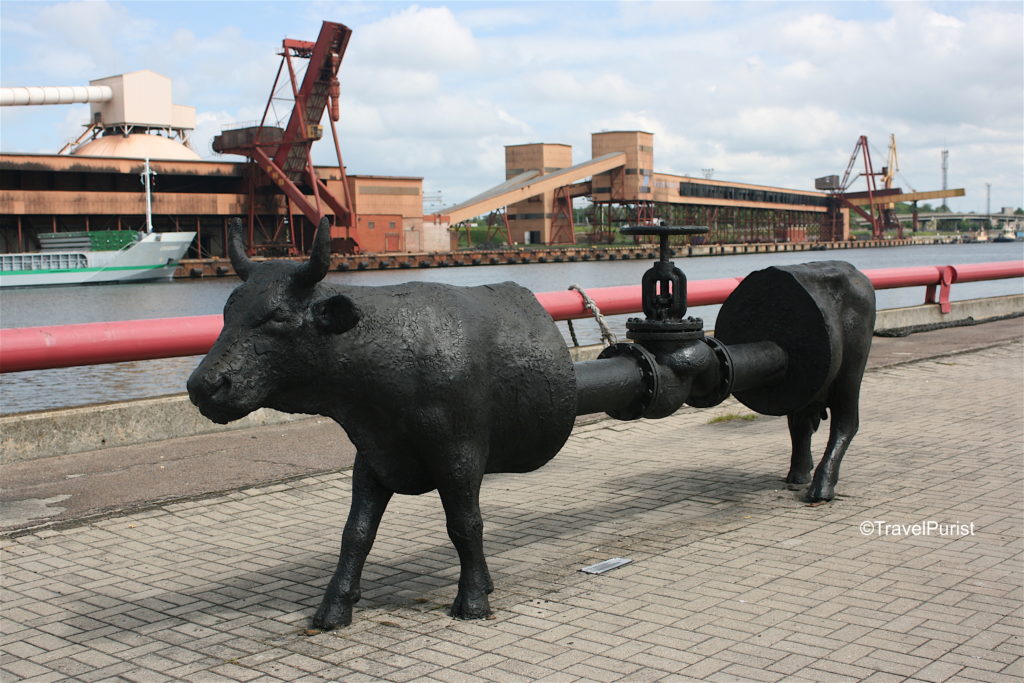 A cow sculpture by the River Venta

Ventspils is no Ibiza. Several restaurants and bars close quite early in the evening. Even in June, the town is most certainly dead on a Sunday. And yet, expect to be surprised. Keep an ear to the ground and you’ll discover plenty of weekend activity including jazz performances on the street, pop music at the local cultural centre, ‘knight tournaments’ at the local castle, equestrian show jumping competitions, exhibitions and shows at the local theatre house, and performances by the beach. A Soviet era canteen alongside the beach that continues to serve traditional Latvian and Russian meals at Soviet era rates is a must-visit. 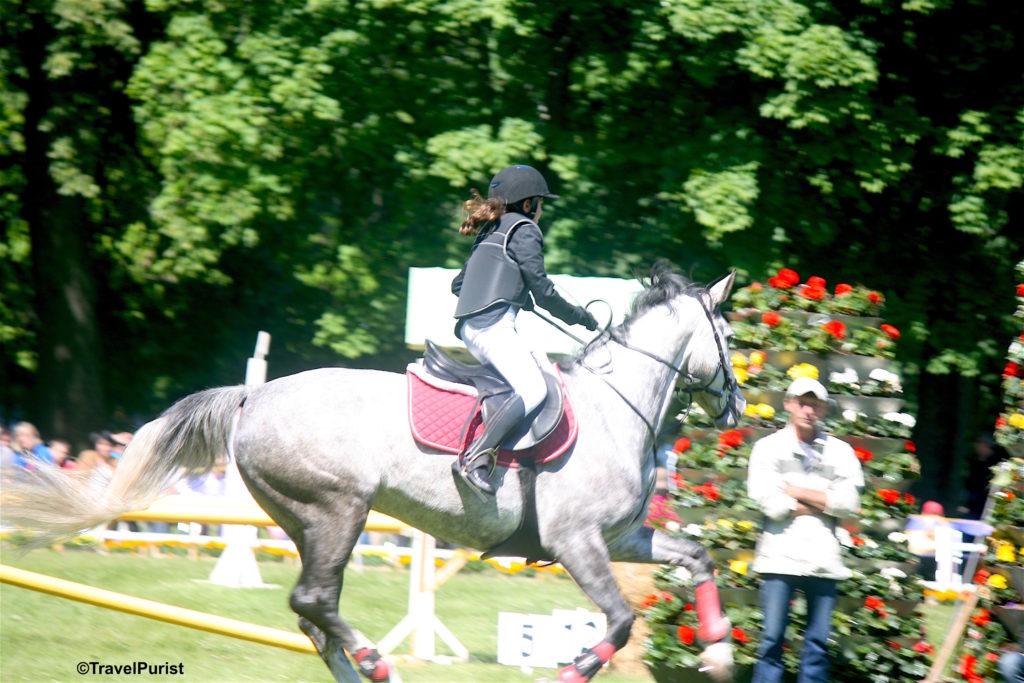 Outside of the beach, the heart of this seaside destination are its 17th century town hall square and lively marketplace. The square is dominated by a Lutheran Church dedicated to St. Nicolay (patron saint of sailors and fishermen), and a clocktower that strikes by the hour is located right opposite the church. The Ventspils International Writers’ and Translators’ House – the hub of literary activity in Ventspils and, indeed, in Latvia – is located right opposite the church and alongside the Ventspils Library. Some of Latvia’s greatest literary works have been written while their creators were in residence here. The Writers’ House continues to host both Latvian and international writers, and is a venue for readings, performances and other events. 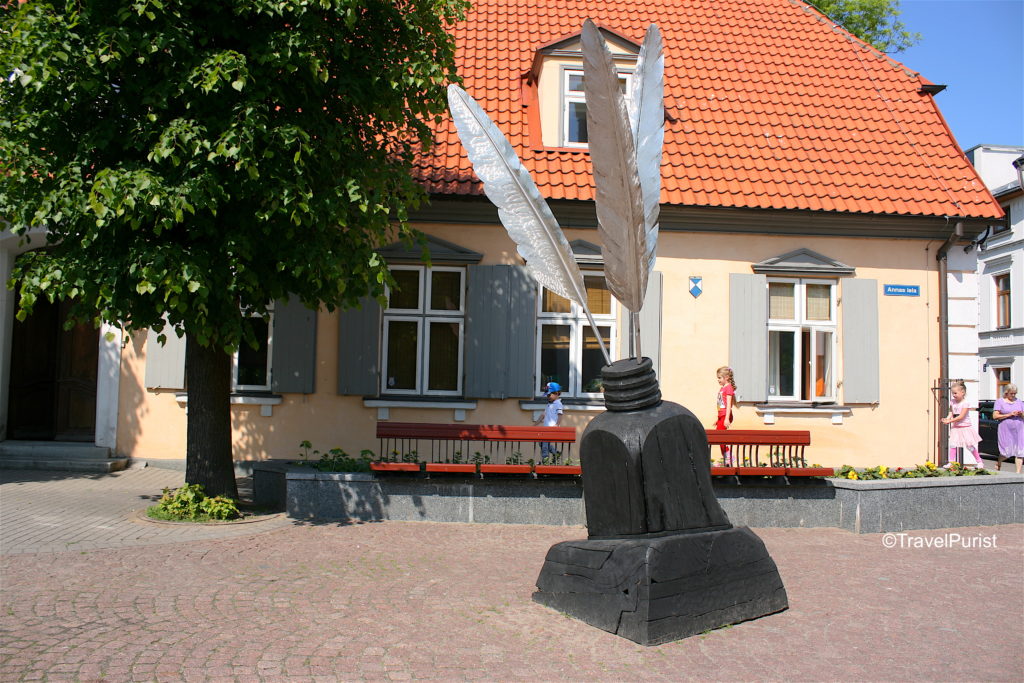 The historical marketplace in Ventspils has everything anyone could possibly need, from underwear and wigs to fresh flowers, country eggs and pig’s head. It’s where you can buy fresh produce from the countryside – delicious strawberries, cherries, blueberries, nectarines and mountain peaches; among the vegetables, try the Latvian potato and white beans. The enclosed area is where you can buy your meat as well as homemade yoghurt, fruit preserves and cottage cheese. And all this with the historical market bell tower clock chiming Latvian tunes in the background at 12.33 and 1.33 pm everyday. Look out for the little old lady selling Soviet era memorabilia including Soviet era badges, coins, medals and antiquarian books. 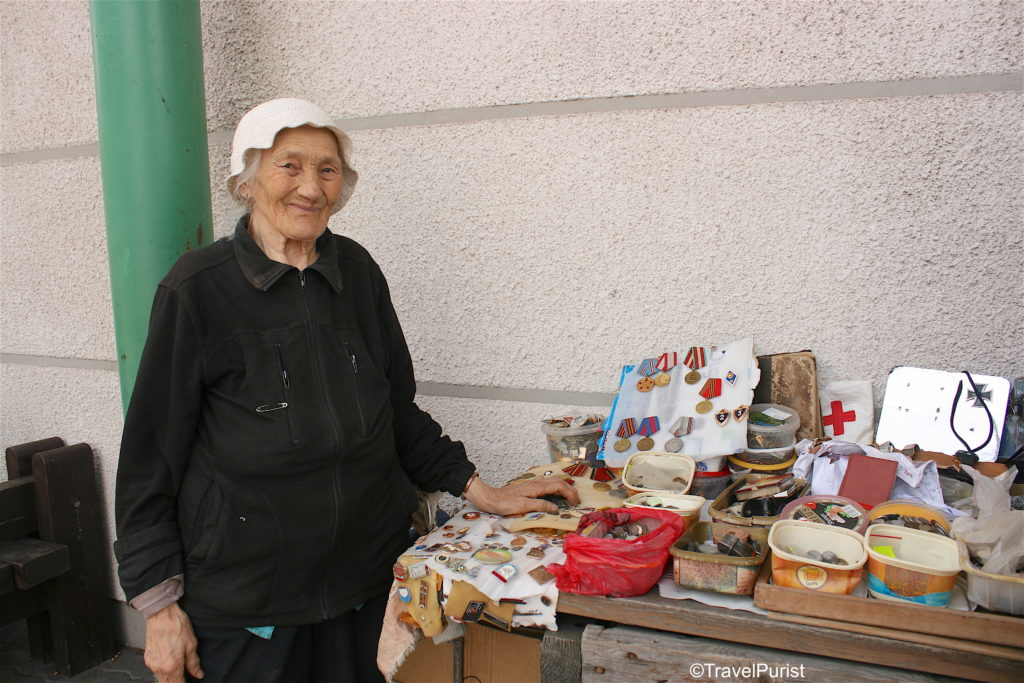 A short walk from the marketplace leads to a lovely little Russian Orthodox Church, its gold onion domes poking through the trees near the ferry terminal. A christening ceremony has just taken place and the lawns are scattered with women wearing headscarves. Within, in the soft glow of candlelight that illuminated the golden altar, a young priest explains the underlying principles of the church. He proceeded to clarify why a section is barred to women – “It’s because men are mentally stronger.” Then as salve to feminist wounds, he adds, “But you are Indian and Indians are very intelligent people.”

Also near the market, the House of Crafts is where you can pick up inexpensive souvenirs as well as expensive shawls and traditional weaves (you can watch the weavers at work on the upper floor). Meanwhile, the town has its own medieval fortress – the Livonian Order Castle – that houses a museum and tells you the region’s history. The castle pub, called The Black Pig, is a place for the thirsty traveller. Stop by for your brew and a meal in an authentic, medieval-looking erstwhile cellar that looks like it still hides a Livonian monk or two. 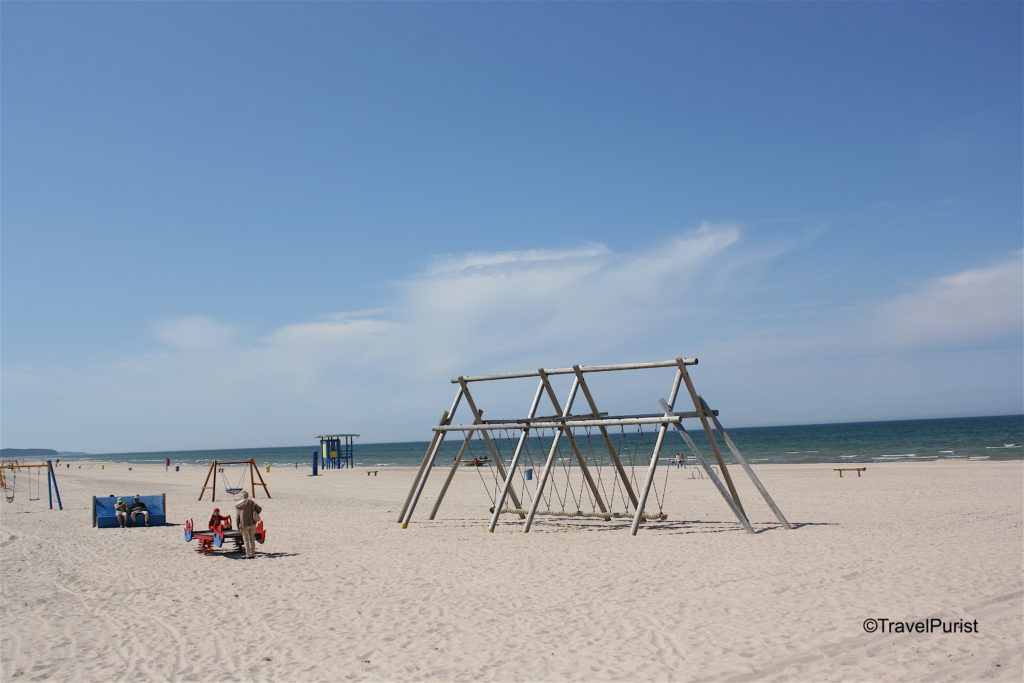 Of course, weather permitting, you could choose to disregard all these recommendations and simply bum around with a book on the big sofas strewn around the beach or work off your potatoes and vodka with the help of exercise equipment ensconced in the sand; there’s also a nude bathing area for those who prefer to brave the Baltic weather in the buff. Weather permitting.