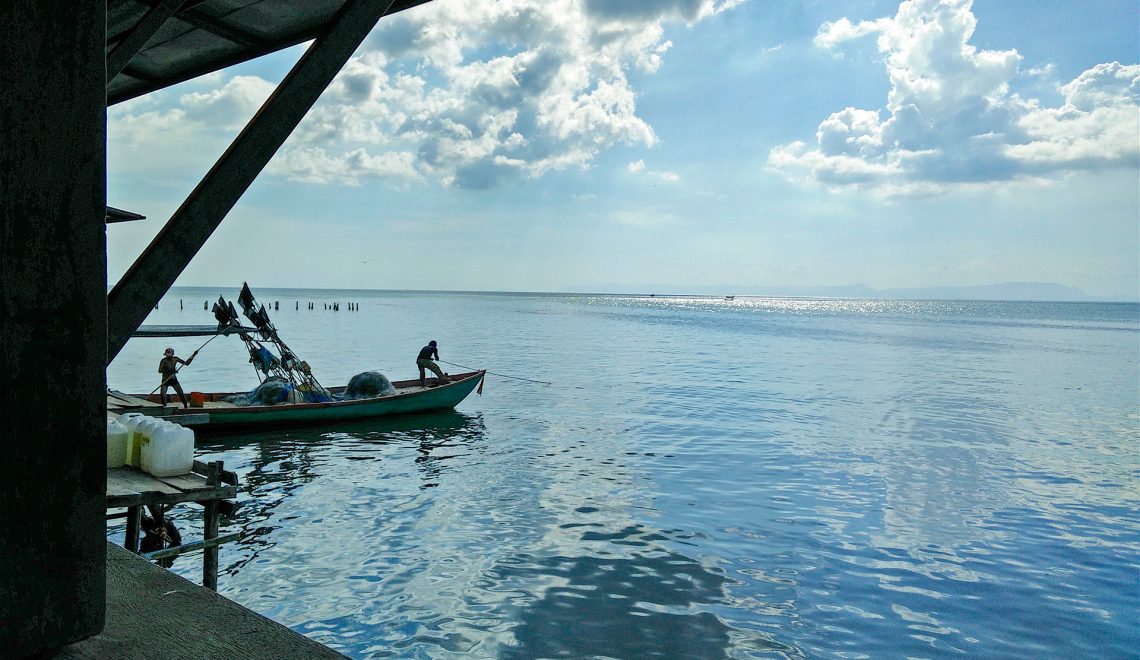 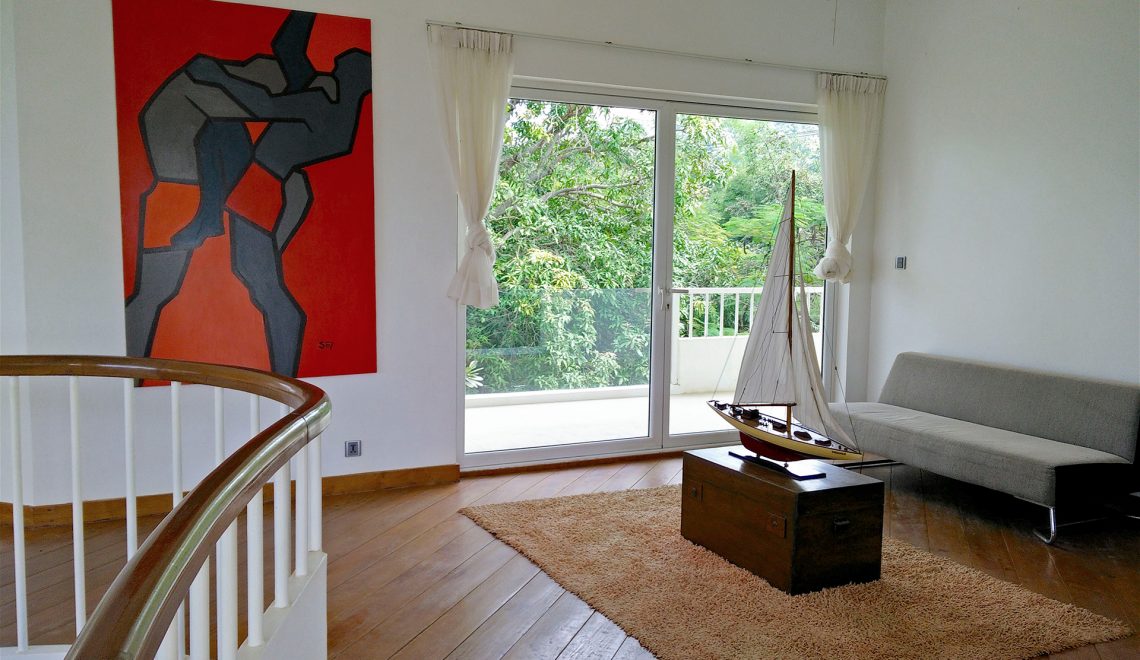 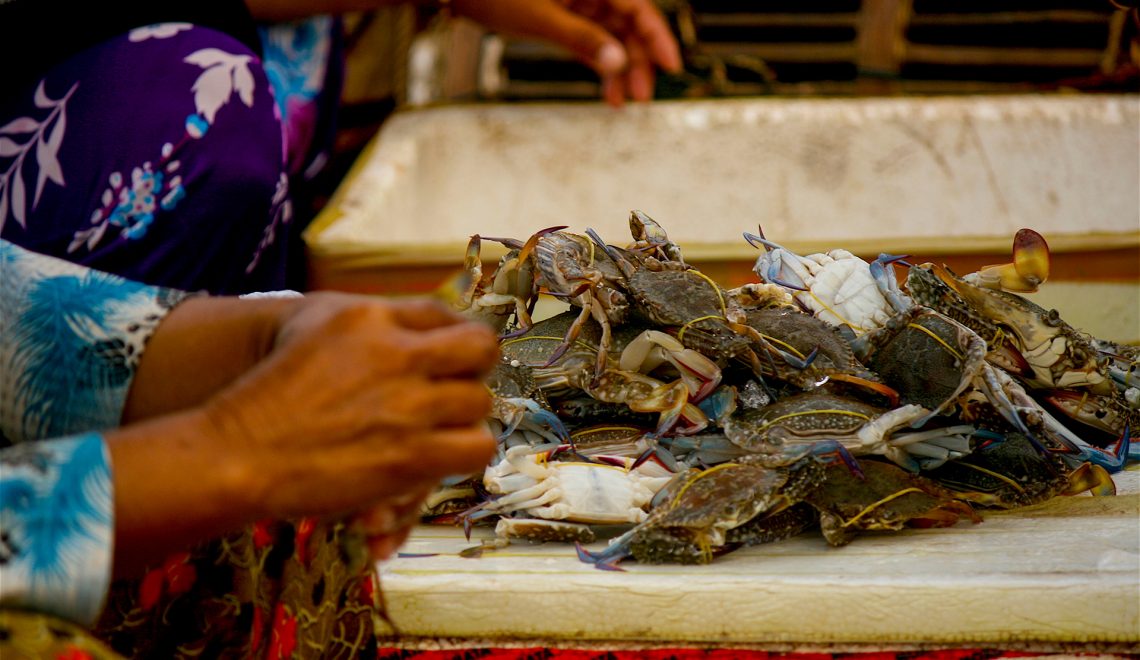 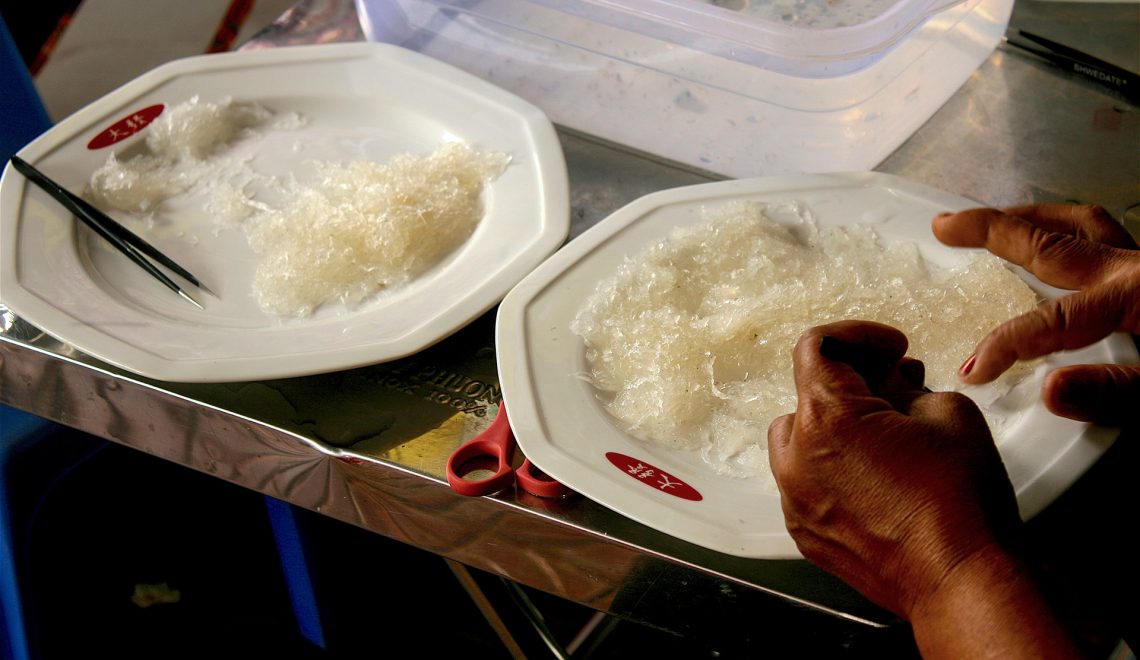 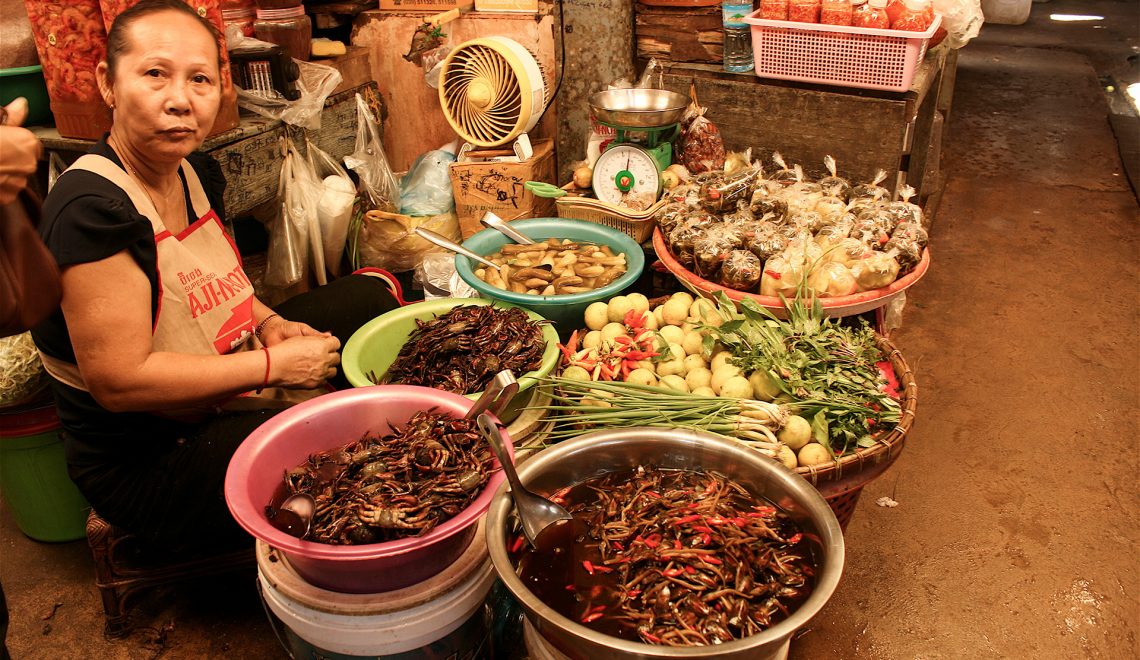 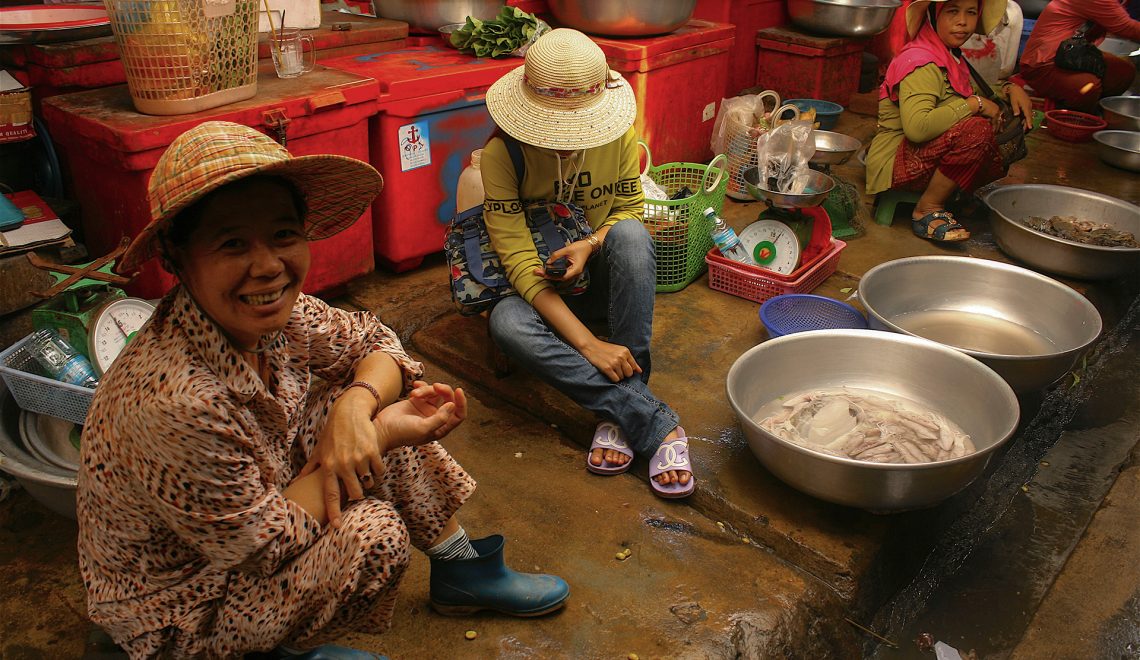 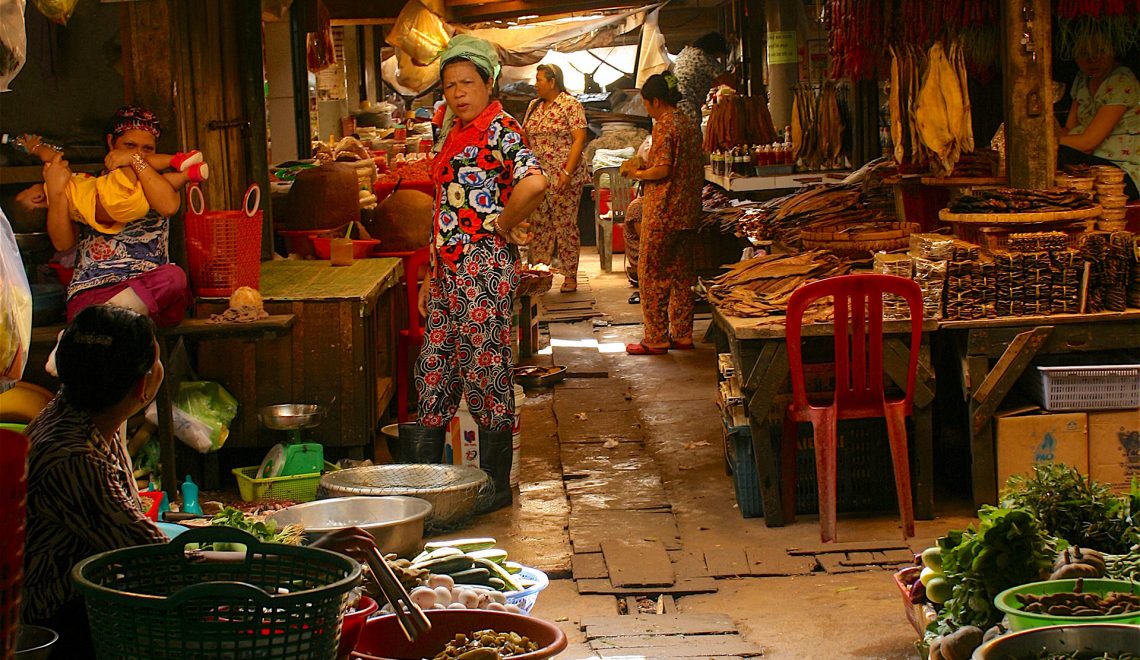 The six-room Villa Romonea on the Cambodian beach of Kep is perfect for some R&R post-Angkor.

The sleepy seaside town of Kep has seen its share of travellers. Located along Marco Polo’s historical maritime Silk Road, Kep was a gateway to the Khmer Empire and the gulf of Kampot, where silk and spices were once traded. Later, under French colonial rule, Kep and Kampot became getaways for the ruling class and Cambodian elite, and have some excellent French colonial architecture to show for it.

Kep – meaning ‘saddle’ (for the shape of the mountain seen from Kampot) –earned the appellation of ‘Saint Tropez of the East’, its swanky villas expressing new trends in French-inspired architecture. The starkly modernist Villa Romonea was created by the architect Lu Ban Hap – a student of Le Corbusier – for its Khmer owners, the Nhiems, in 1968; it was the last to be built before the coup. Doctor Nhiem, head of the university of science of life in Cambodia, and his wife named it ‘Sok Dom Romonea’, Khmer for ‘eternal and generous source of happiness’. An abstract rendition of a dragon, the villa’s jagged, angular edges symbolize scales and spikes, the sea view room on the top floor representing the head and the central area at the entrance below, its belly.

Ban Hap’s legacy was restored and opened as a boutique hotel in 2011. But the six-room Villa Romonea feels more like a luxurious homestay. Its grand white façade leads to a delightfully asymmetrical interior with large bay windows that open out to a deck area and saltwater pool overlooking the ocean, not far from the villa’s outdoor spa. An inviting lounge area is strewn with a guitar and didgeridoo, Bauhaus chairs and rugs, with a staircase leading up to the terrace and rooms with a view. Be prepared to don your most sociable hat here; the French manager Stephane Arii is friendly and guests often mingle in the vast kitchen or outdoor dining area, living as they do in this shared space. Arii is known to regale guests with stories, including those from his time as a member of the French production Two Brothers (2004) – a tale about tiger siblings set in Angkor’s Ta Prohm.

The beach at Kep is unremarkable but if you’re able to drag yourself out of the villa’s pool with its spectacular sunsets, islands such as Koh Tonsay or Rabbit Island and Koh Pos or Snake Island are better known for their white sands and clear waters. Less than an hour away by ferry, they lure visitors into spending the day in their waters but most will head back to the comfort of Kep for the night.

Kep and Kampot have lively markets that are best visited in the morning. The crab market at Kep is where you can watch fishermen bring in the fresh catch of the day before it lands on your plate at one of the shacks along the seafront. You could buy some Kampot pepper – made famous by the French – here or at the colourful Kampot market that has everything from seafood to jewellery. The latter is a great place for people watching; this is where you can observe daily life as locals sell and buy fresh produce, fish and clothes or stop by at the various food stalls for seafood porridge or sugarcane juice. Look out for women hunched over and busy in the act of separating bird’s nest – the nest of the swallow strengthened with its saliva – with tweezers. A box of separated bird’s nest, used for the eponymous Chinese dish, costs US$ 1400 here.

Meanwhile, Villa Romonea and its neighbouring resort, Knai Bang Chatt, use produce from these markets to rustle up a variety of excellent Khmer, Asian and European dishes. They also provide an ambience to match. On a full moon night, it is not unusual to spot luminescent phytoplankton on the rocky beach adjoining the villa, or from the wooden pier of Knai Bang Chatt.