The Fabric of a Nation

KUTCH
The spectacular white desert of the Rann of Kutch is offset by the vibrant colours of its textiles. The Meghwal tribe in the Banni region is known for its pakko embroidery, a 500-year old tradition. The village of Nirona houses the only surviving family of Rogan artists, known for their unique handpainted textiles. Dordo specializes in applique work while Bhujodi – on the way to the Little Rann – is where camel wool shawls are woven on pit looms. 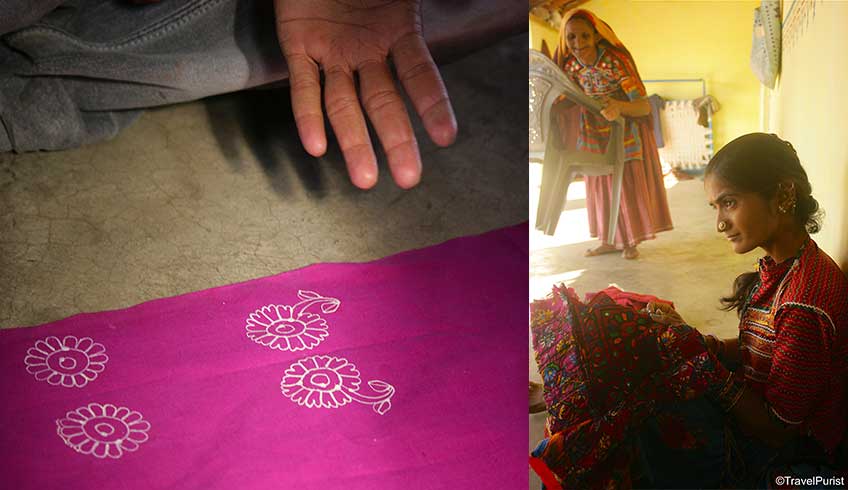 PATAN
Not far from the UNESCO World Heritage Site of Rani Ki Vav, the Patan region of Gujarat is known for its Patola silk. The double ikkat weave of this rare textile is distinguished by the fact that it has no reverse side. This ancient technique goes back centuries and has its origin in the region’s tie-dye art. A Patola sari takes about 4-5 months to complete and is considered a family heirloom. The Patan Patola Heritage Museum showcases the history and process of this traditional art. 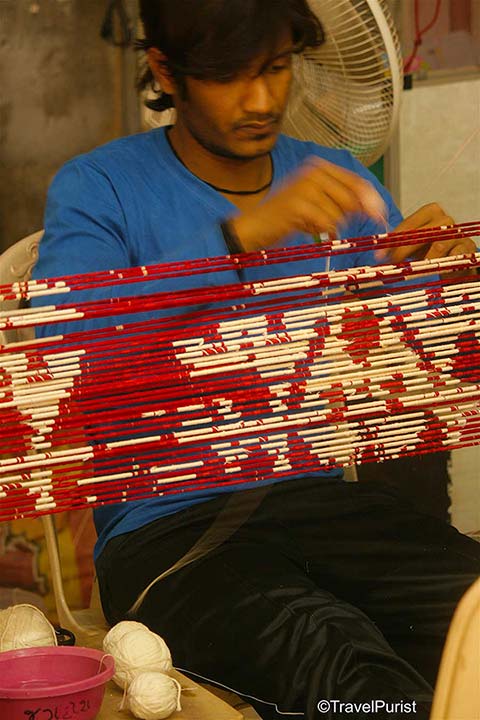 RAJASTHAN
In addition to its beautiful havelis, forts, palaces and wealth of culture, the magnificent state of Rajasthan is rich in the textile arts. Jaipur, Jodhpur, Sikar, Pali, Barmer, among other places, are famous for their tie-dye techniques such as leheriya and bandhani. The region is known for its block prints, found in Sanganer and Bagru near Jaipur, while the capital itself is known for the Jaipur quilt and applique work. The bright pinks, yellows, reds, blues, purples and greens of these vegetable-dyed textiles are visible everywhere, from the attire of the state’s residents to its multitude of lively bazaars, fairs and festivals. 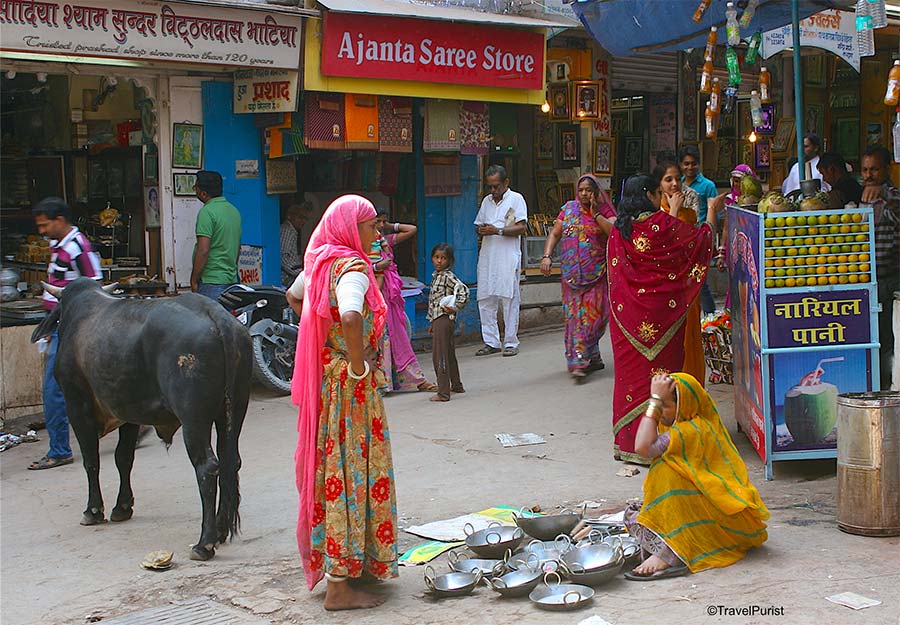 PAITHAN
Close enough to Aurangabad city – a stopover for visitors to the ancient Buddhist caves of Ajanta and Ellora – this small village in the Aurangabad district of Maharashtra is renowned for its rare textile heritage: the Paithani sari. Once patronised by the Peshwa rulers and now considered a family heirloom, the handwoven silk sari with a zari border is known for its characteristic colours and motifs that include flowers, peacocks, parrots and coconuts, among others. There are only a handful of weavers of the Paithani sari today, and the garment is produced in limited numbers every year.

MAHESHWAR
A historical destination known for its forts and temples, Maheshwar is also the birthplace of the Maheshwari sari. The origins of this exquisitely woven fabric may be traced to Queen Ahilyabai of the Holkar dynasty that gave the region its golden era. While the Ahilya Fort is now a luxury heritage hotel, the Rehwa Society, a weaver’s cooperative founded by royal descendant Richard Holkar and wife Sally, carries on the tradition.

VARANASI
Interestingly, the traditional Banarasi silk sari that finds its origins in the holiest of Hindu cities, is handwoven by the Momin Ansari Muslim weavers of Varanasi. This ancient craft, symbolic of the city’s syncretic tradition, is, unfortunately, a dying art. In keeping with the dazzling sunrise and shine of the floating oil lamps along the Ganges, the city’s fine brocade is woven by threads of pure gold. 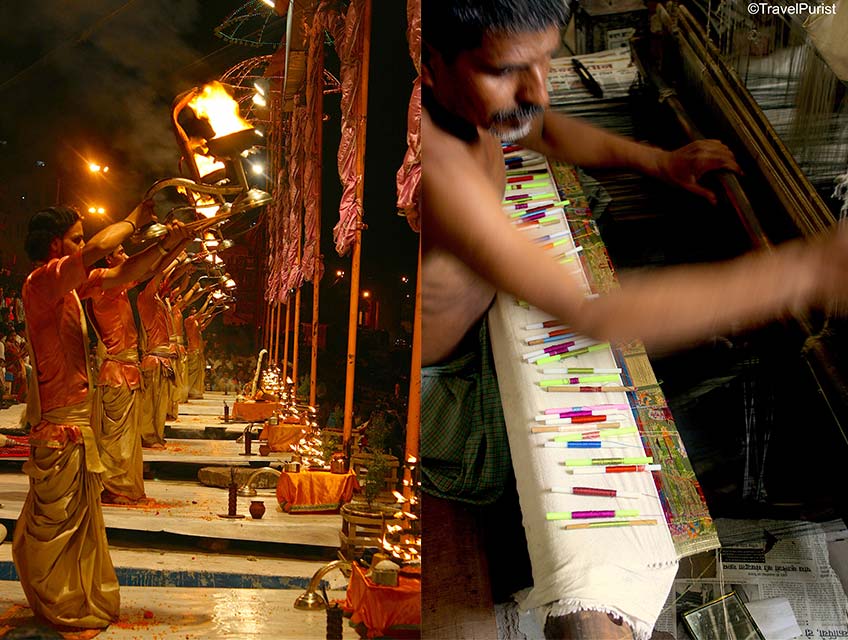 SHRIKALAHASTI AND PEDANA, ANDHRA PRADESH
The Kalamkari block printing technique of Andhra Pradesh derives its name from kalam (pen) and kari (work). A combination of painting and block printing using vegetable dyes, the art developed in the Hyderabad region and had a distinct Persian influence. Today, Kalamkari artisans may be seen at work in the region of Pedana near Vijayawada and Shrikalahasti (not far from Chennai, Tamil Nadu). A variation of the art, called Chithira Paddam, may be found in Sickalnayakanpet near Thirupananthal, Tamil Nadu.

KANCHIPURAM
A temple town in Tamil Nadu that dates back to the Chola period, Kanchipuram’s tradition of silk weaving is as ancient as its architecture. The famous Kanchipuram sari, also known as the Kanjeevaram sari, finds its origins here. Distinguished by its rich colours and heavy gold borders, the patterns and designs of its weave are inspired by temple architecture and nature.

MADURAI
Most travellers visit the city of Madurai for its Meenakshi Amman temple but few know of a weavers’ colony whose artisans trace their origins to the region of Saurashtra in Gujarat. These silk weavers, brought to Madurai by the Nayakar kings, speak a unique dialect known as Pattunuli or Khatri. The daughters of the family carry forward the silk weaving legacy of this small community. 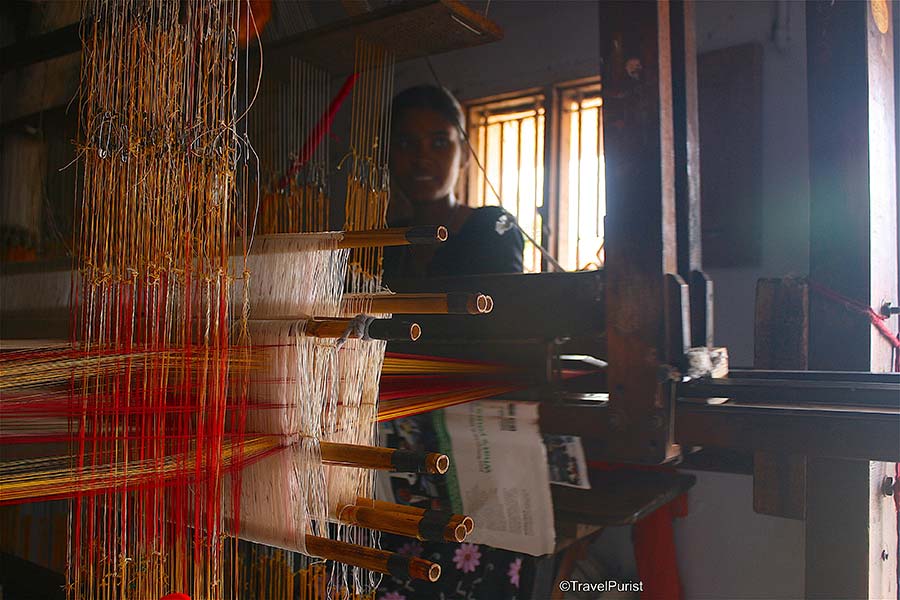 KOLKATA
The state of West Bengal is known for a variety of textile arts ranging from the fine Jamdani fabric to Kantha embroidery, Batik work and Baluchari saris known for their mythological themes. While the villages around Kolkata are famous for Jamdani textiles, Batik work may be found around Shantiniketan, and Baluchari weavers – once patronized by the Nawabs of Bengal – may be seen at work in the village of Bishnupur (a day trip from Kolkata), also known for its terracotta art.

THE NORTH EASTERN STATES OF INDIA
From the silks of Assam and Meghalaya to the puan or sarong of Mizoram, the embroidery of Manipur, cotton weaves by the various tribes of Tripura, shawls of Nagaland and the unique geometrical weaves by the women of the Mishmi villages in Arunachal Pradesh, the states known as the Seven Sisters are a textile lover’s paradise. 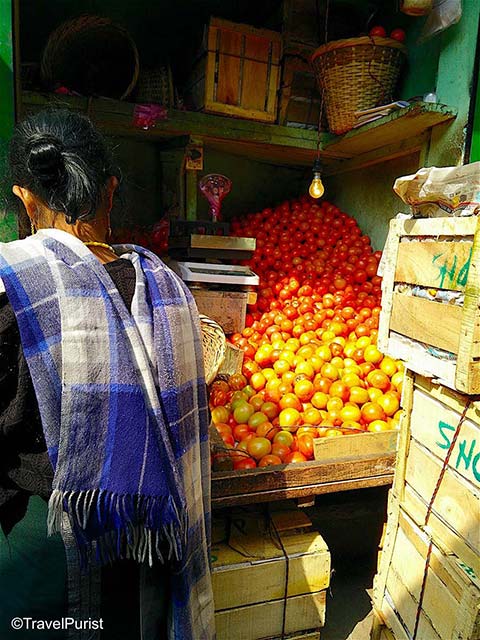