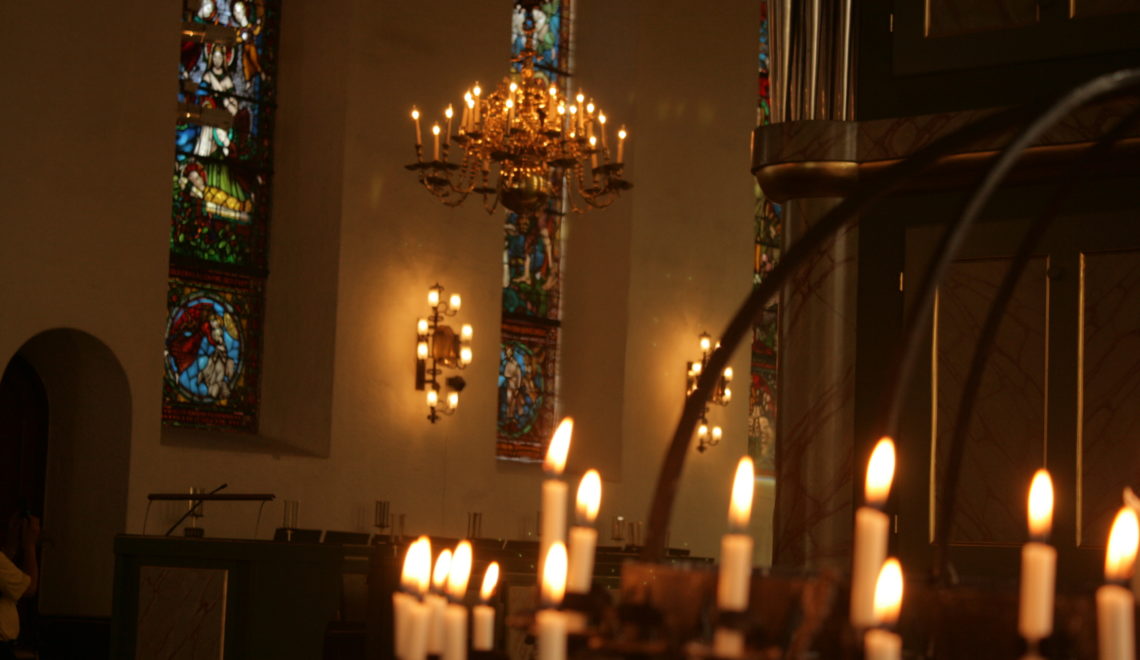 A guide to our favourite church architecture.

Did you know that the medieval stave churches of Norway portrayed a more masculine figure of Christ to appeal to Viking machismo? Or that it was common for Christian devotees to steal a finger, a toe or some part of a canonized saint’s body to keep in their altars at home? In these polarized times, when orthodox religion seems to have made something of a comeback (did it ever go away?), bringing new life to churches and other religious institutions around the world, the less zealous are finding imaginative uses for old churches lying in disrepair.

Fancy camping in an abandoned church? In the UK, where over 8000 churches are no longer in use, ‘champing’ or ‘church camping’ is a concept that has caught on. In Norwich, the hallowed portals of its places of worship are now open to revellers seeking underground music in a crypt-turned-underground music studio (Bedford Crypt), among other things. Churches across UK and Europe have been reincarnated as pubs, bookstores, theatres, dance studios, ad agencies and hotels, while the church of Santa Barbara in Spain is now a skatepark.

But then, it’s that time of year again. Believer or non-believer, Midnight Mass or all-night party, Happy Holidays or Merry Christmas, champing or good old fashioned family lunch bonding, there’s always room for exploration and rediscovery. It could be in the form of a familiar melody wafting out of a window halfway across the world, freshly painted Christmas graffiti in your own neighbourhood, or the sound of church bells and the sight of sunlight streaming through a stained glass window wherever you may be.

This festive season, Travel Purist walks down memory lane and takes you to some of our favourite church architecture from around the world.

Left: Cathedral St. Pierre or St. Peter’s Cathedral in Geneva, Switzerland, is over 850 years old. Among the earliest Reformed Protestant churches, it is known for its association with John Calvin, a leader of the Protestant Reformation.

Right: The 17th century Jesuit Church of St. Paul-St Louis in Paris has a beautiful baroque interior with two clam-shell holy water holders gifted by the writer Victor Hugo. During the French Revolution, it was converted to the Cult of Reason – France’s first state-sponsored atheistic religion – but was restored to Catholicism in 1802. 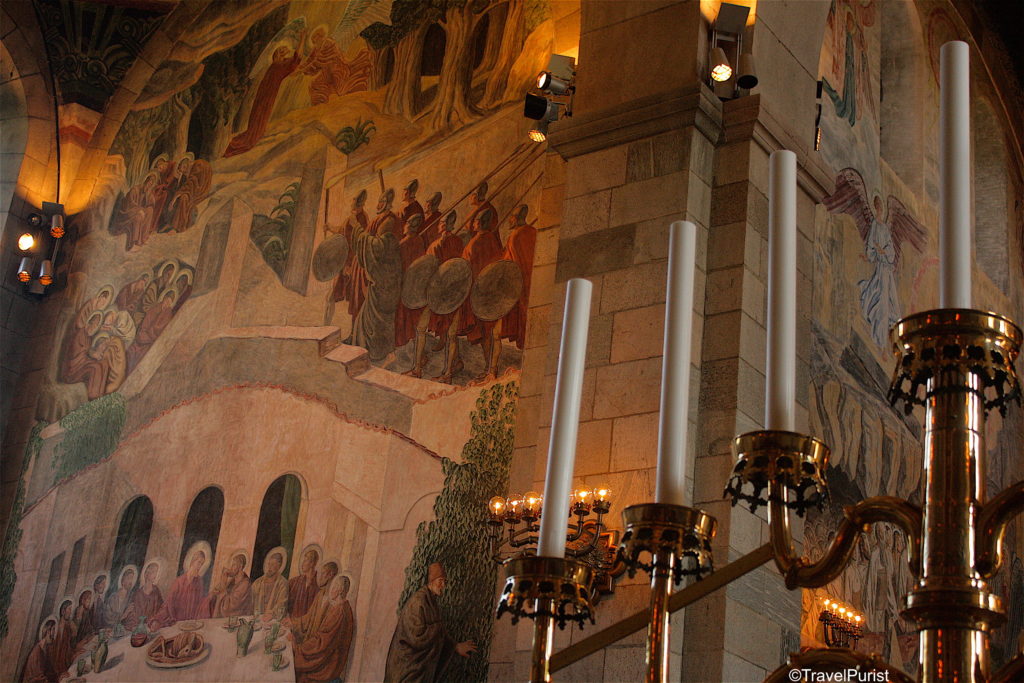 Located in the Jutland region of Denmark, the town of Viborg was an early Viking settlement. The 19th century Viborg Cathedral stands where one of Denmark’s oldest Christian churches, dating back to 1130, was once located. 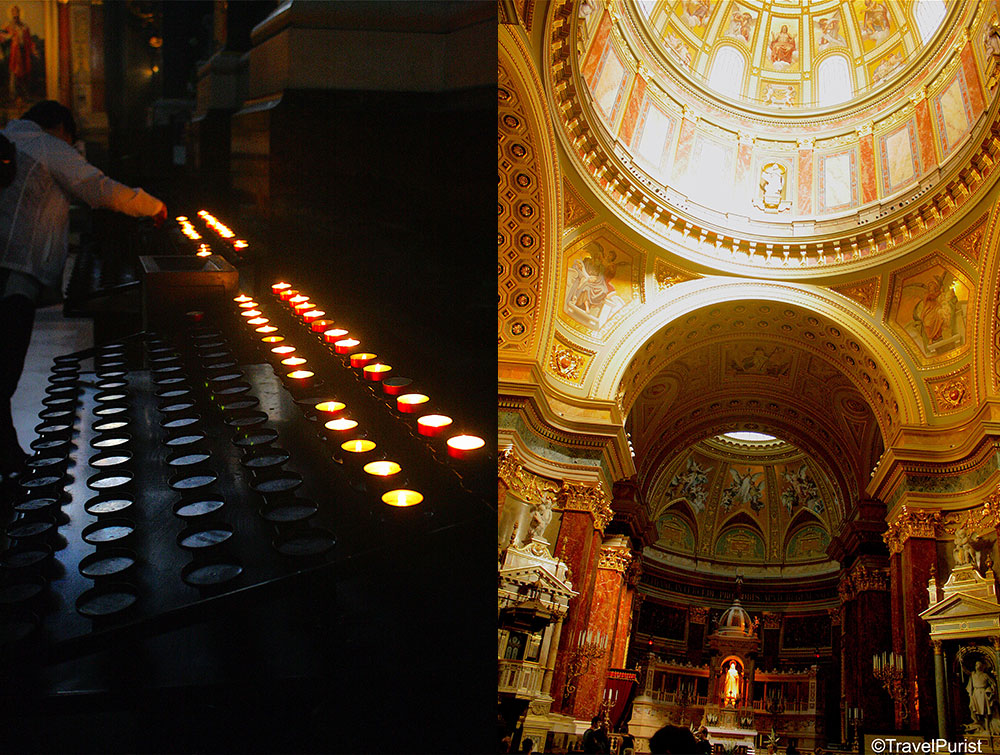 The breathtaking neo-classical architecture of St. Stephen’s Basilica in Budapest, Hungary, is dedicated to St. Stephen, the first king of Hungary. His mummified right hand is displayed in a glass case in the chapel (we’ve spared you the sight). 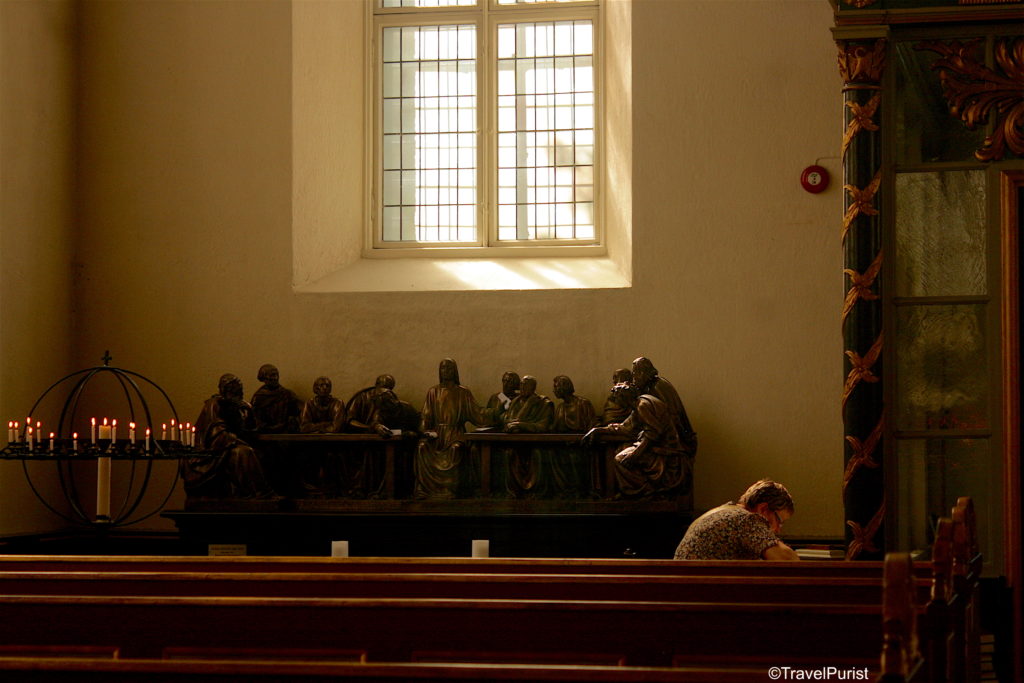 The historical Oslo Cathedral or domkirke is one of Norway’s most important churches. Consecrated in 1697, its rich baroque interior also serves as a venue for concerts. 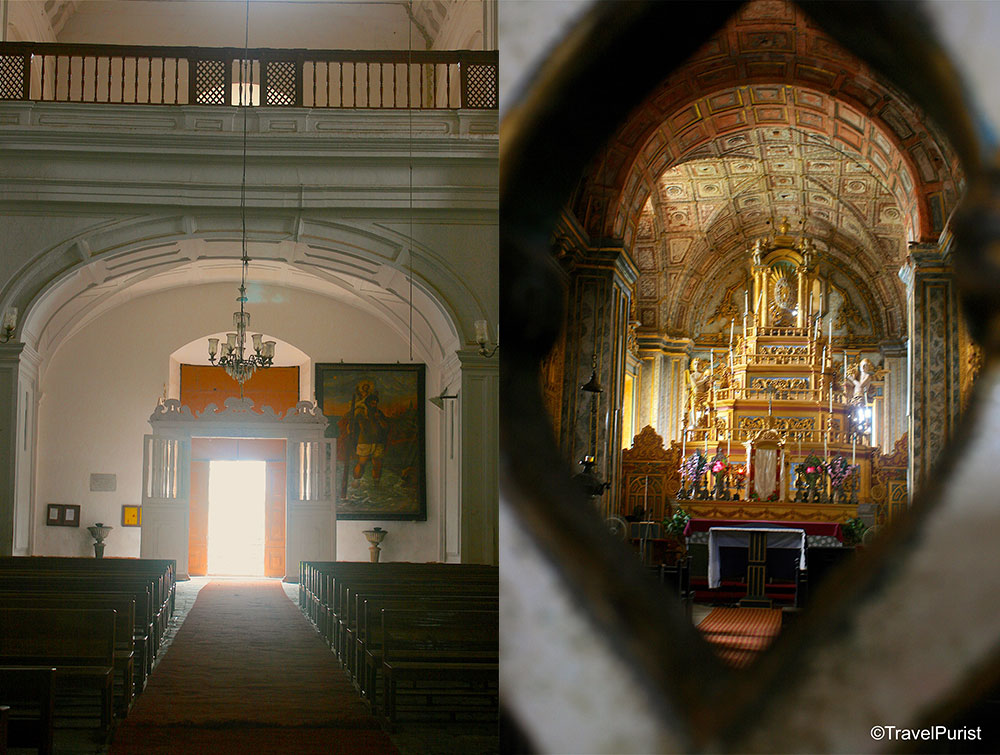 One of the largest churches in Asia, and larger than any in Portugal, the Sé Catedral de Santa Catarina, known as Se Cathedral lies in the former Portuguese colony of Goa, India. The beautiful chapel of the Blessed Sacrament (right) is known for its intricate Persian-style filigree door. 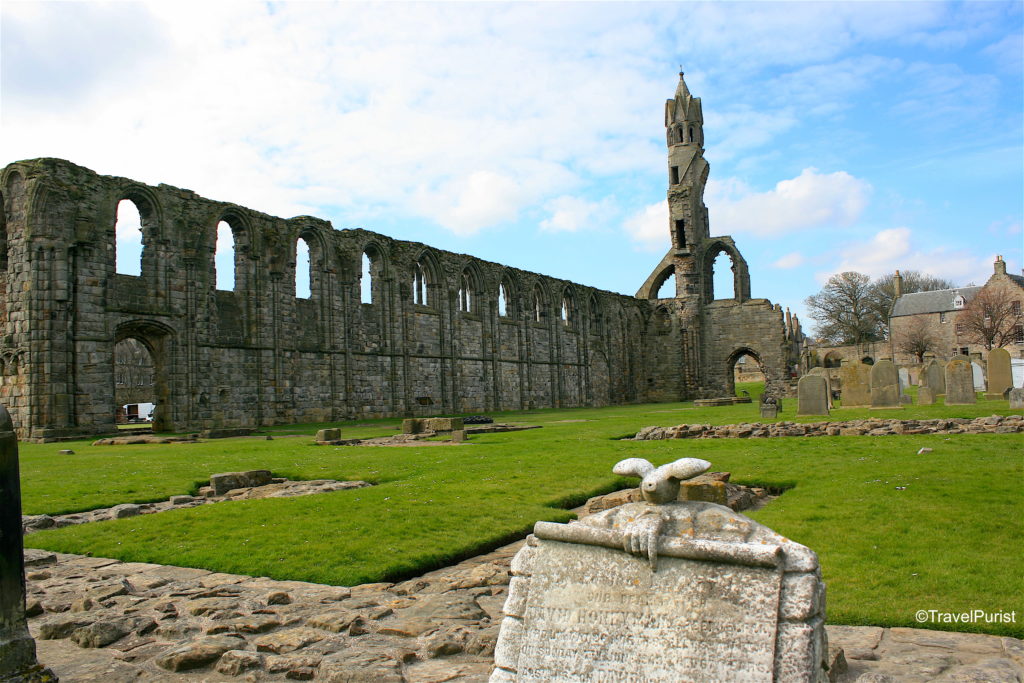 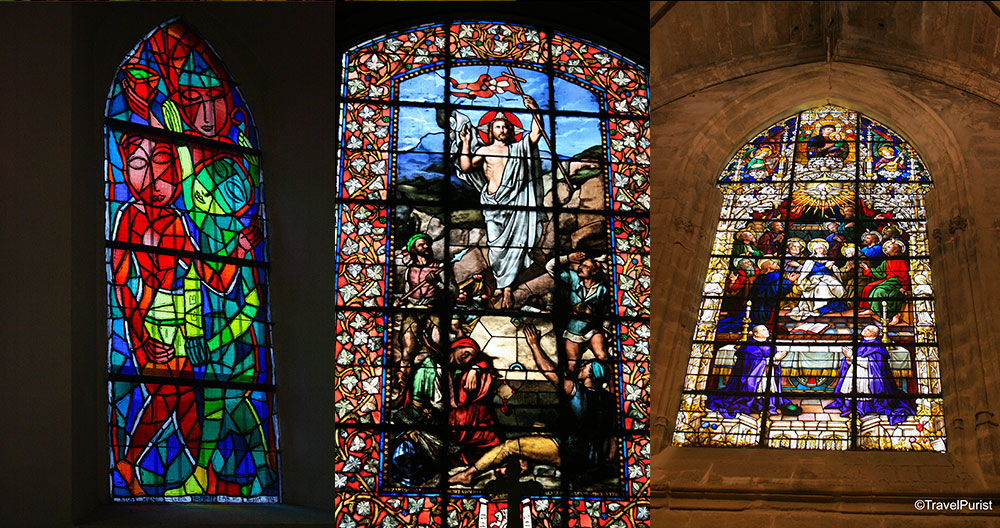 Left: A modern rendition of stained glass in St. Ruprecht’s Church, Vienna’s oldest church believed to date back to 740 AD.

Right: This intricate stained glass window is found in the Cathedral of St. Mary of the See, better known as Seville Cathedral. Located in the city of Seville in Spain, the cathedral is a UNESCO World Heritage Site and the third largest church in the world. 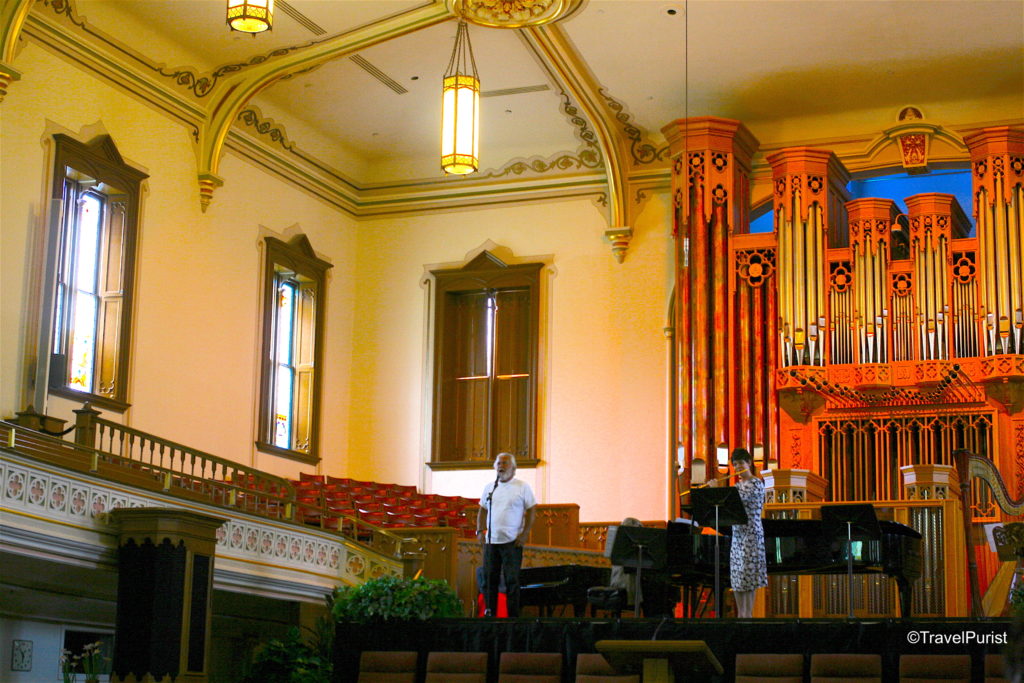 The Assembly Hall in the Mormon Temple Square, Salt Lake City, USA, was originally a meeting place for members of The Church of Jesus Christ of Latter Day Saints (also referred to as the LDS or Mormon church) and also a location for musical concerts. It continues to serve as the location for the Temple Square Concert Series. 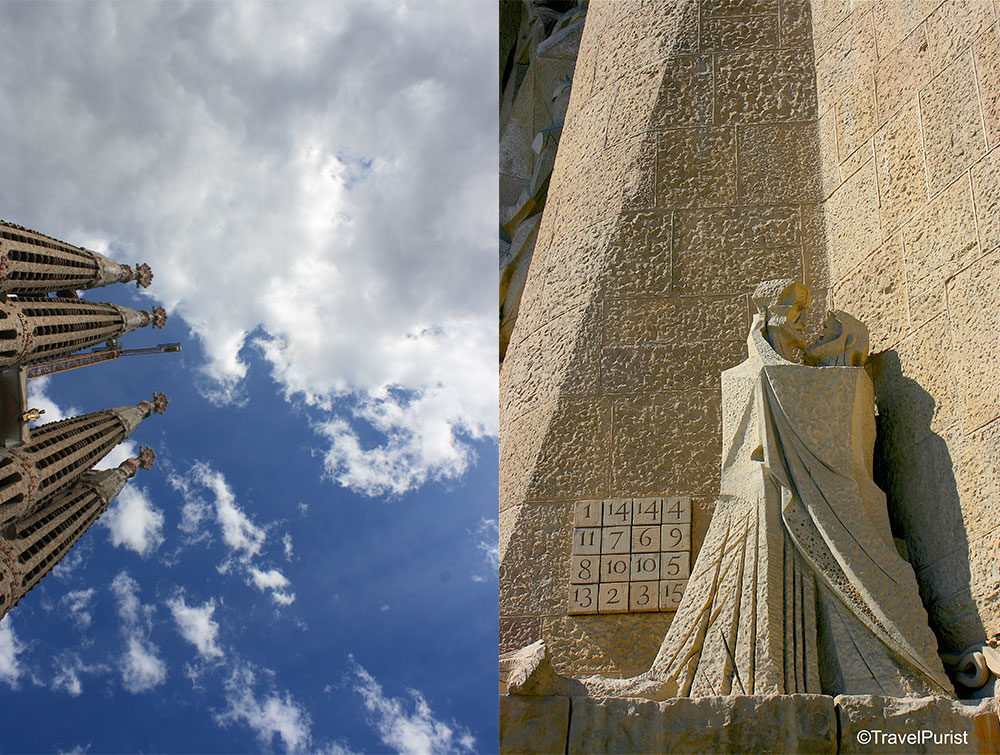 The largest, and most famous unfinished church by legendary artist and architect Gaudi, the Sagrada Familia is Barcelona’s most recognised monument. Part of a UNESCO World Heritage Site, its construction began in 1882. The Kiss of Judas (right), on the Passion façade, features the ‘magic square’ in the background. The code is one of the mysteries of the Sagrada Familia, believed to lead to the age at which Jesus died – 33. 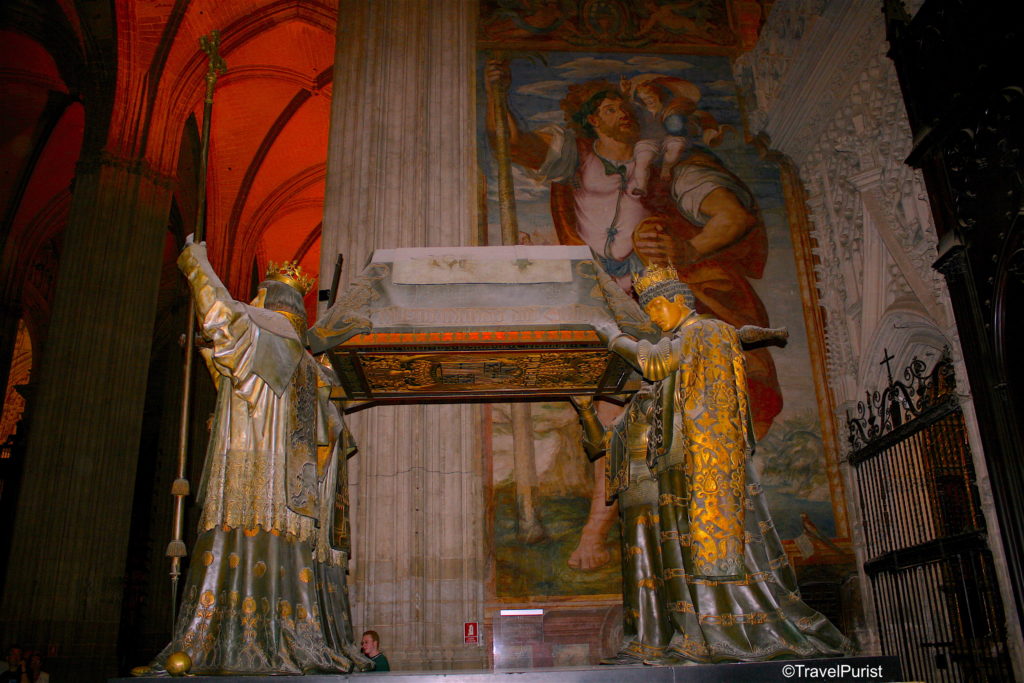 The tomb of Christopher Columbus inside the Seville Cathedral is believed to house the remains of Columbus. Although there are claims that the remains are, in fact, those of his son Diego, the Cathedral is still worth a visit for its sheer architectural scale.

Domes of two significant Russian orthodox churches in Latvia. The Nativity of Christ Cathedral (left), the largest Orthodox church in the capital, Riga, was turned into a planetarium and restaurant during the Soviet era but is now a functional church again. The St Nicholas Orthodox Church (right) is located in the seaside city of Ventspils. 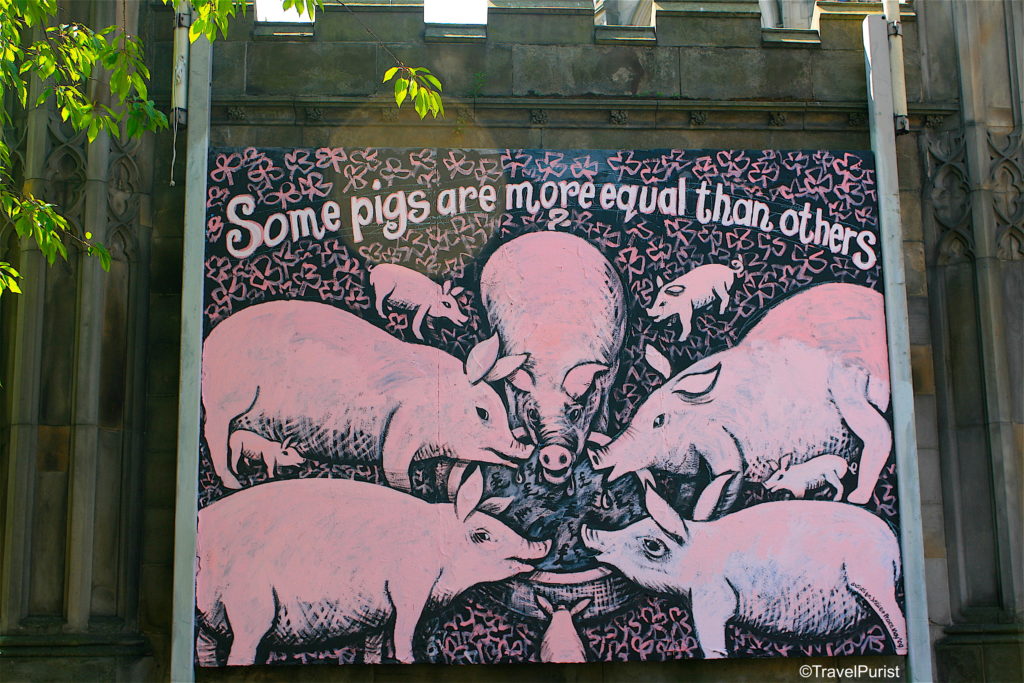 Quote from Orwell’s Animal Farm on a church wall in Edinburgh, Scotland. 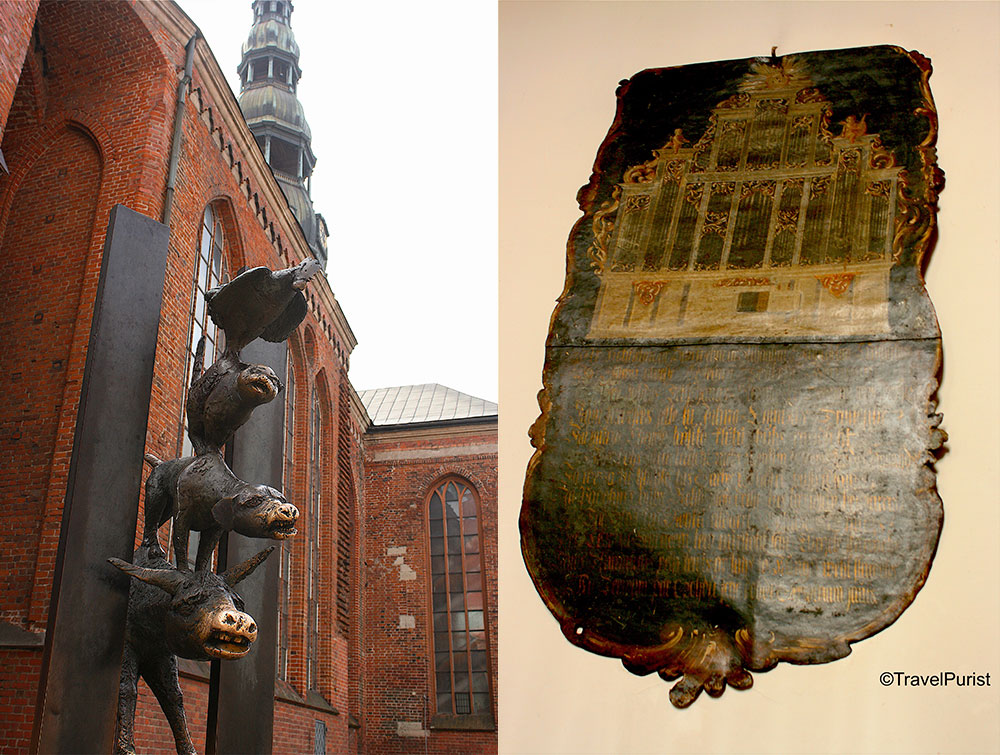 The political sculpture ‘Bremen Town Musicians’ outside St Peter’s Church in Riga, Latvia, is based on the fairy tale by the Brothers Grimm but look closely and you’ll see that the animal musicians are peering through the Iron Curtain. A donation billboard (right) for a church organ, dated 1761 – the oldest known advertising in Latvian – is displayed inside the church. The Armenian Church of the Holy Nazareth in Kolkata, India, dates back to 1708, and is evidence of the longstanding ties that the Armenian community has had with the city and the country.

Left: The late-Romanesque Parish church of Schöngrabern, dating from around 1210-1230 AD, lies in the Weinviertel region of Lower Austria. Architectural features include an unusual ‘human’ cross as well as a ‘stone bible’ carved on its outer walls, among others.

Right: St. Michael’s Church in Vienna, Austria, was the parish church of the royal family. One of the oldest churches in the city, its late Romanesque-early Gothic style dates to around the same time as the Schöngrabern church. 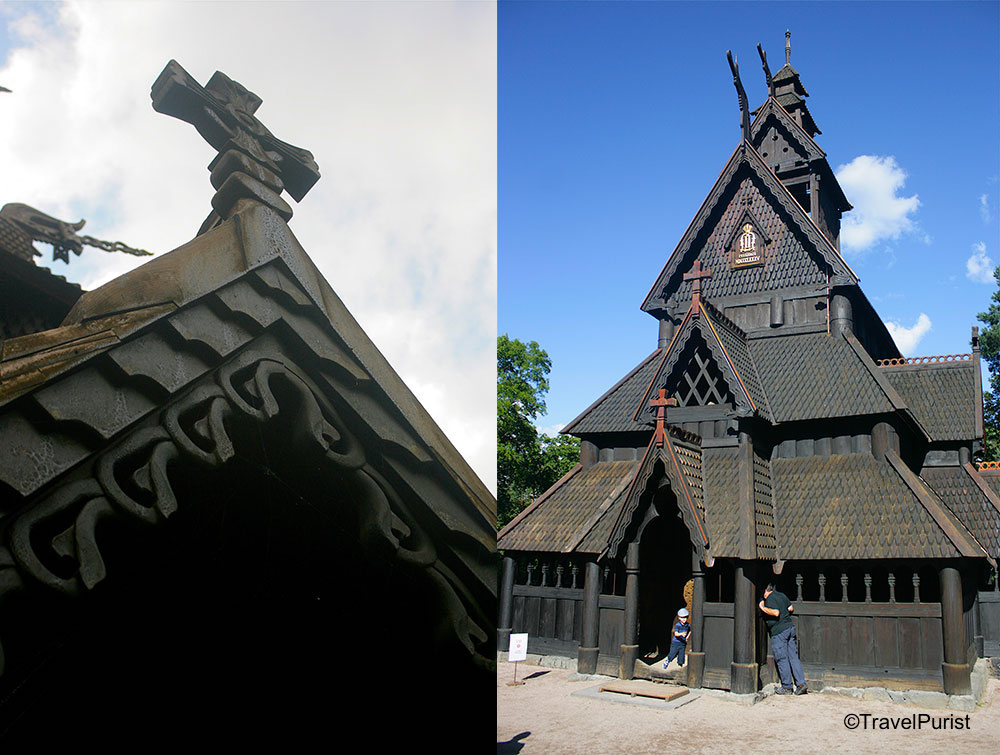