Child Of Nature: The Beatles Ashram 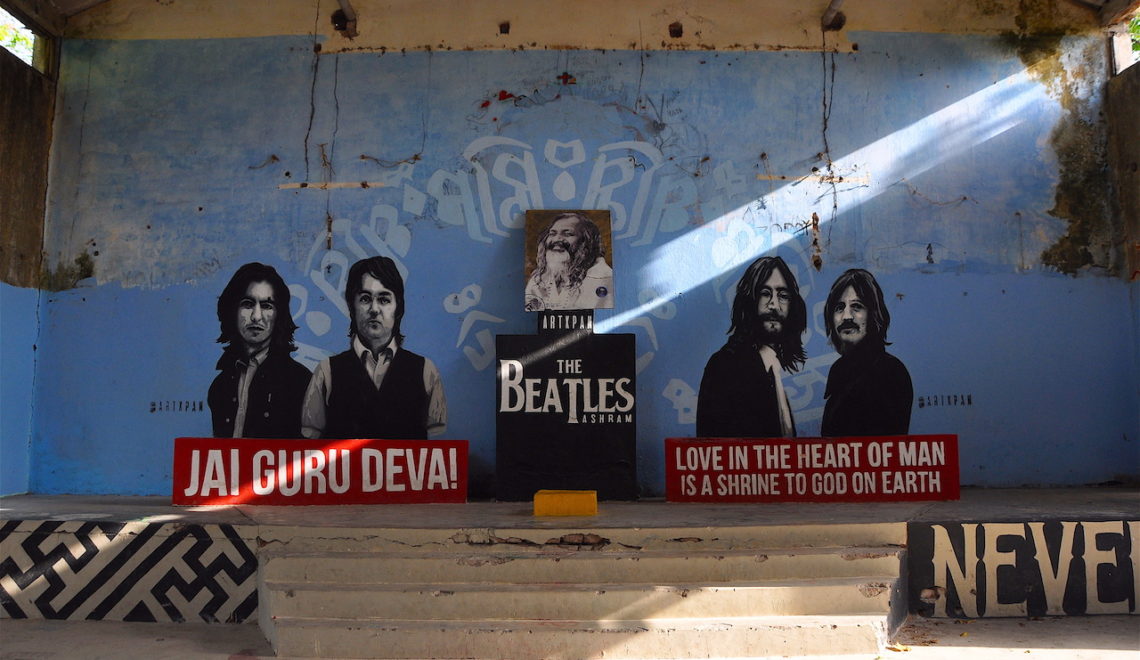 Celebrating the 50th anniversary of The Beatles’ iconic trip to Rishikesh and the album it inspired.

50 years ago, at the dizzying height of their fame, The Beatles escaped to a tiny ashram in the foothills of the Himalayas and away from the public eye. In February 1968, they arrived in the Indian city of Rishikesh, in the quest for spirituality and with the desire to detach themselves from the trappings of the material world. This famous trip would eventually change the course of their lives and their music. 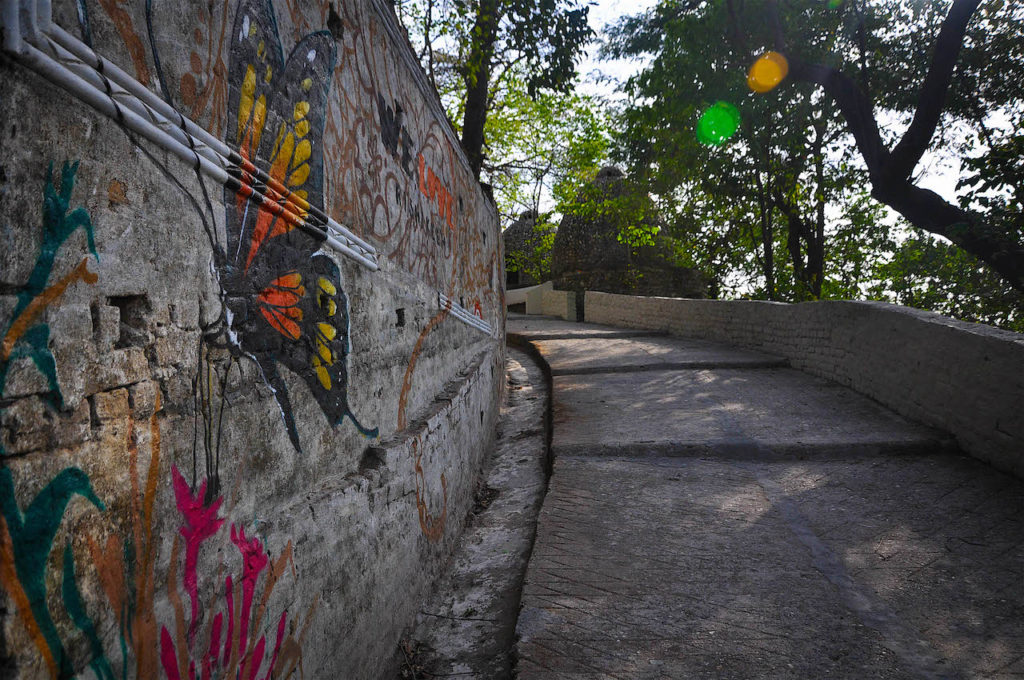 It was George Harrison, inspired by his wife Pattie, who introduced the rest of the group to a course in Transcendental Meditation conducted by Maharishi Mahesh Yogi. The group met the Maharishi in London in 1967 and a few months later, The Beatles and their partners, along with artists like musician Donovan, Mike Love of the Beach Boys, actress Mia Farrow, the flautist Paul Horn and others, arrived at the Maharishi’s teaching centre – now known as The Beatles Ashram – to learn the art of Transcendental Meditation. This was where The White Album and a few songs featured in Abbey Road were composed. 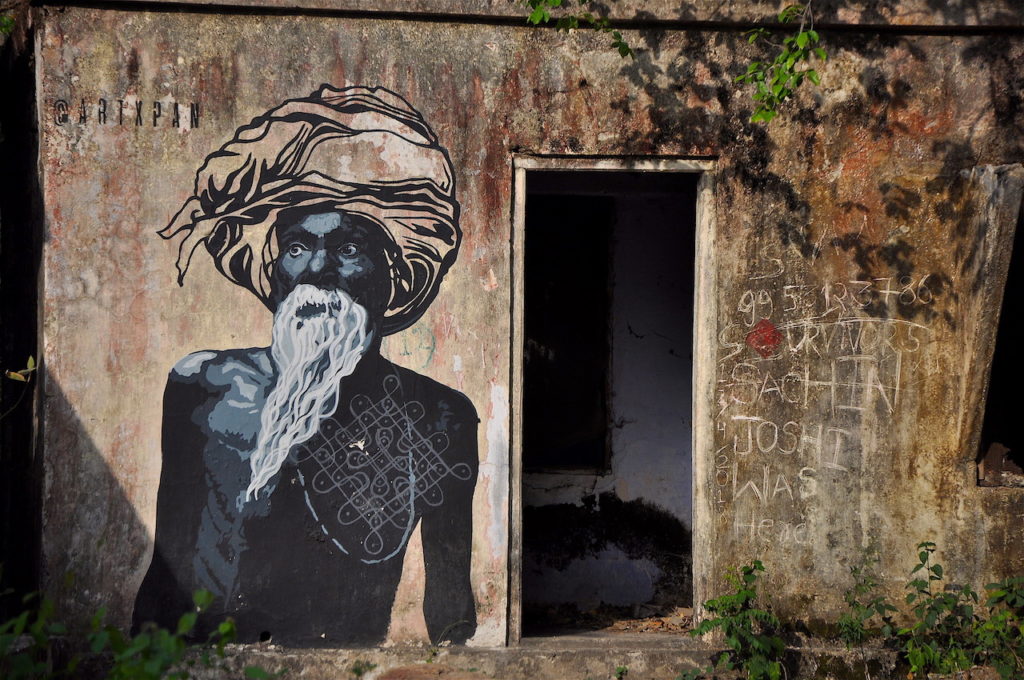 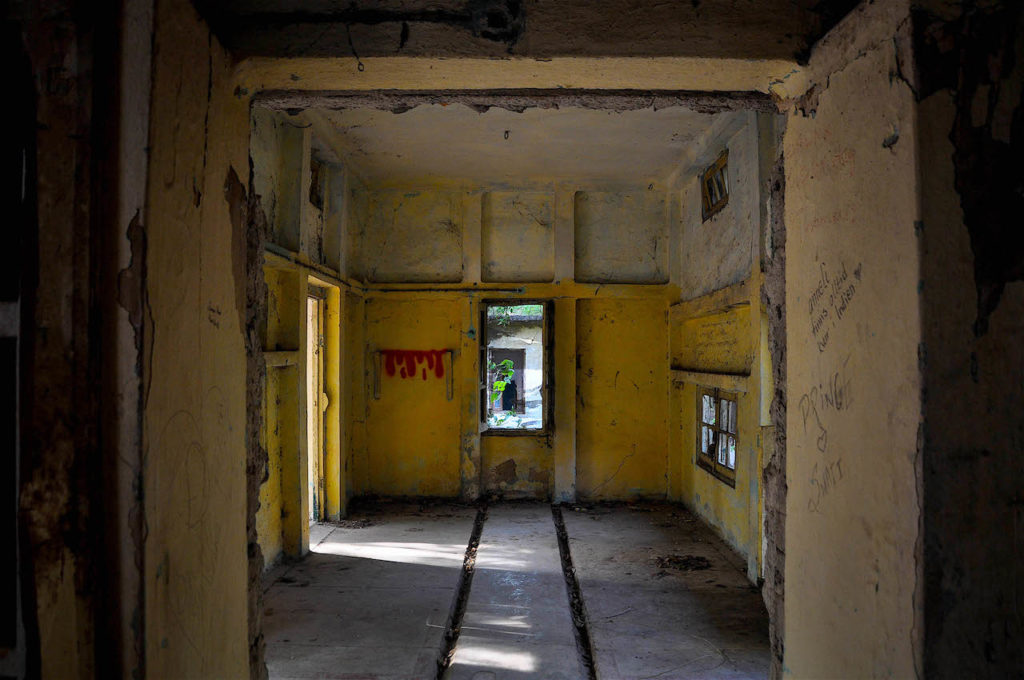 A narrow path up a steep hill leads to a cluster of meditation halls and huts, once throbbing with philosophical enquiry but which now lie derelict, exposed to the elements and covered with graffiti. Established in 1963, The Maharishi Mahesh Yogi Ashram, variously known as ‘The International Academy of Meditation’, the ‘Chaurasi Kutia’ ashram or ‘The Beatles Ashram’, is spread across 14 acres and rises above the River Ganga in Rishikesh – the city known as the ‘Yoga Capital of the World’. And yet, Rishikesh is equally well-known for its watersports (it is a major river rafting destination), its vibrant marketplace and a suspension bridge across the River Ganga, called the Laxman Jhula.  The Ashram lies on the fringes of a dense forest and a major tiger reserve called the Rajaji National Park. 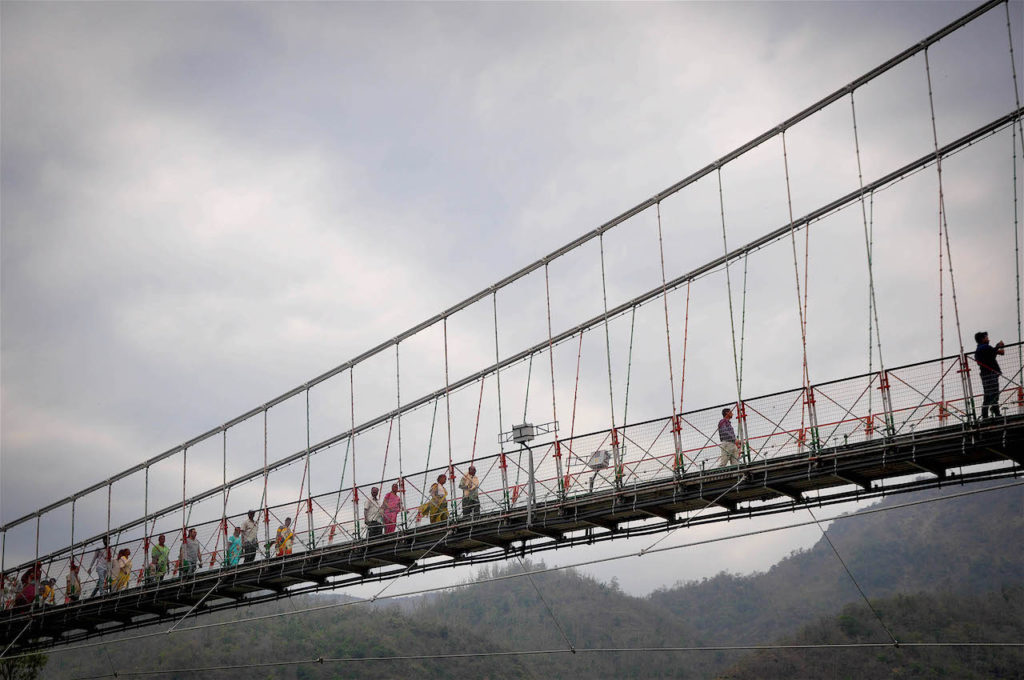 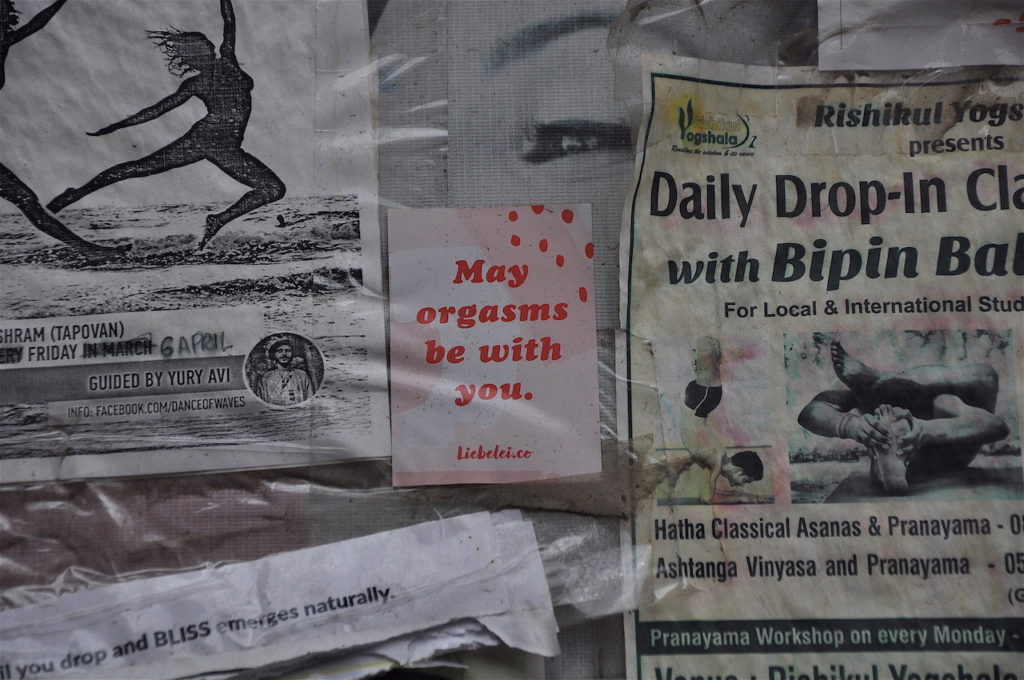 The Beatles’ cottages were more luxurious than the austere rooms and huts (built with rocks from the River Ganga) scattered around the premises. The ashram offered them the seclusion and privacy they needed while Maharishi Mahesh soon became a cult figure, owing to his star following. And thus, Rishikesh found its place on the international spirituality seeker’s map. However, the reputation of the ashram suffered after allegations of sexual misconduct against the Maharishi and it eventually fell to decay. It was taken over by the Forest Department in 2003 and reopened as a tourist attraction in 2016. Its crumbling walls have been painted over with graffiti as part of an art project and it continues to see the stray visitor on a Beatles’ pilgrimage. 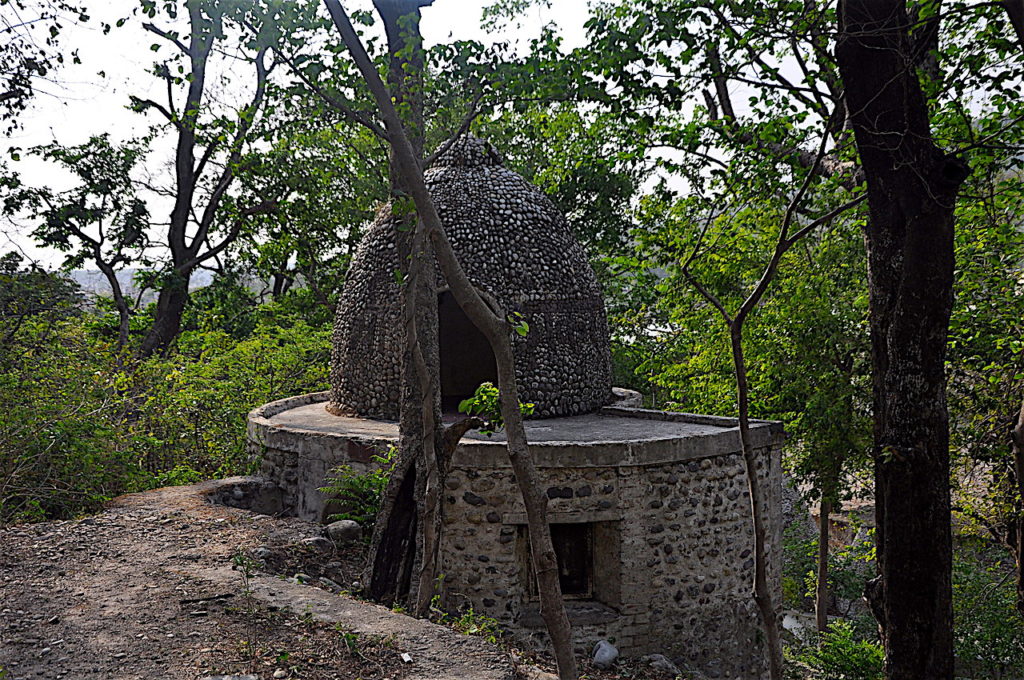 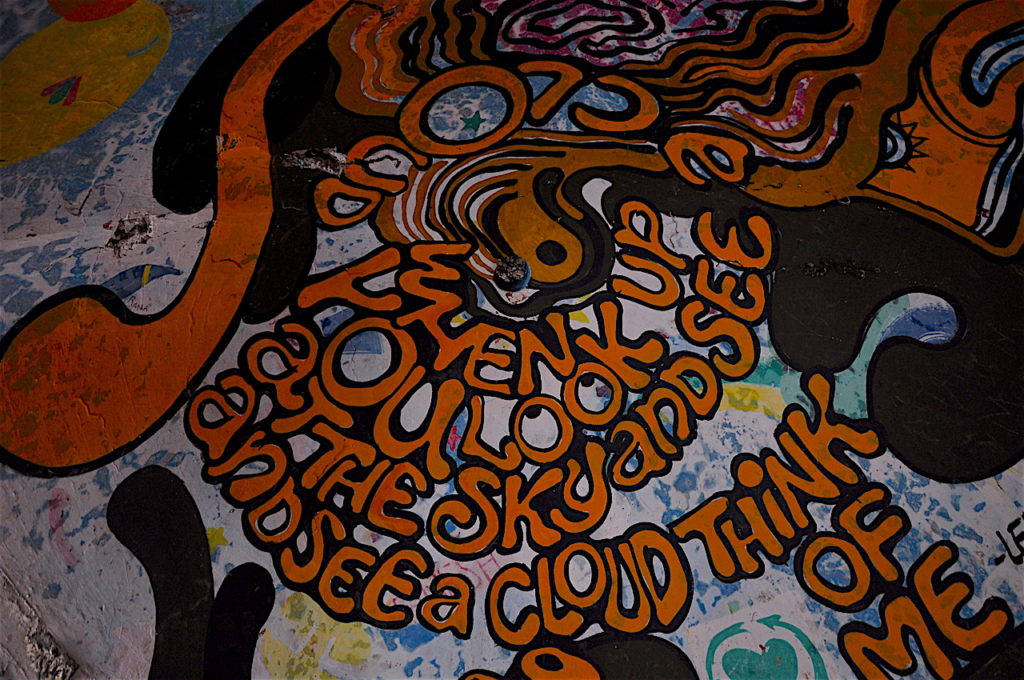 Today, one of the most interesting sights inside the ashram is an exhibition of photographs by Paul Saltzman who documented the group’s time at the ashram; he is responsible for some of the most iconic and candid images of the Fab Four in India. It is part of a year-long exhibition titled ‘The Beatles in India’ that kicked off in Liverpool and Rishikesh in February 2018 to commemorate the 50th anniversary of this historic journey (the occasion coincides with the Maharishi’s centennial birth anniversary). 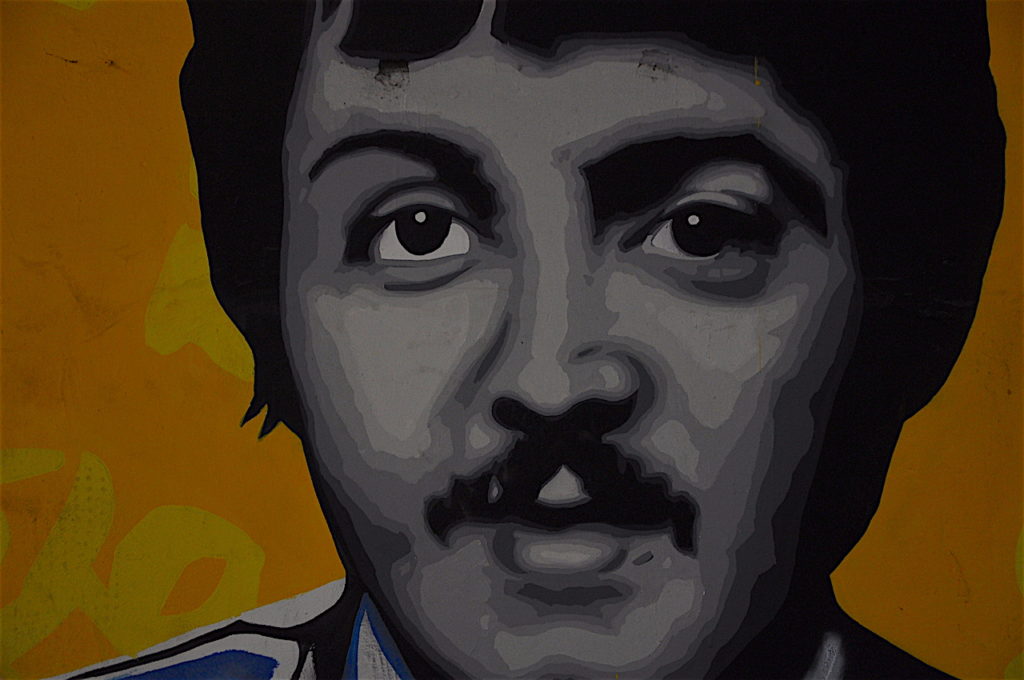 Saltzman had no knowledge of The Beatles being at the ashram back then; he had arrived to learn meditation. After hanging out with the group for a week, he took home 54 photos, put them away in a box, where they remained for 32 years. The photographs were finally made public in 2000 when he published a book called The Beatles in India. While you’re there, look out for the picture titled ‘The Beatles in Rishikesh’. It took about half an hour to get that picture on film, and is described as ‘one of the most iconic photographs in the history of rock ‘n’ roll’.

The White Album: Songs to listen to while exploring the ashram 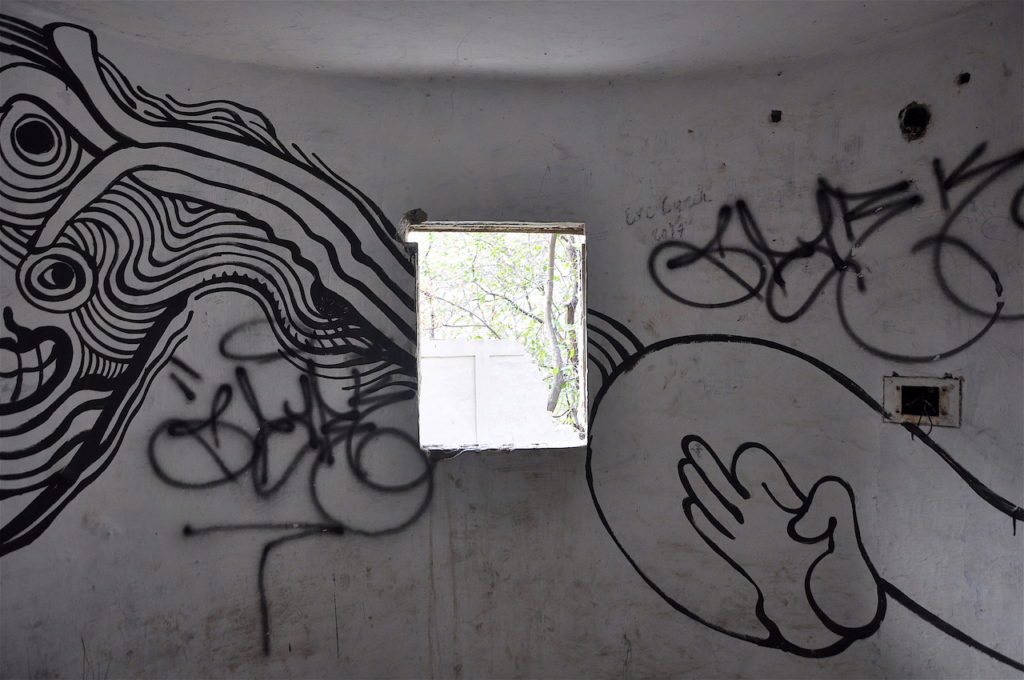 The Beatles’ time and experiences at the ashram contributed significantly to the production of their self-titled album, The Beatles, also known as The White Album. It was released on 22nd November 1968. They wrote around 48 songs during their stay in Rishikesh, 18 of which were recorded for this album. Two songs appeared on the album Abbey Road and the remaining were used for various solo projects. The album combined several styles and genres, quickly climbing to the top of the charts.

The actress Mia Farrow’s younger sister, Prudence Farrow, was the inspiration behind the song ‘Dear Prudence’. The lyrics, ‘Won’t you come out to play’ and ‘Greet the brand new day’ referred to the long hours she spent meditating in the solitude of her room, which had Lennon and Harrison concerned about her well-being.

Meanwhile, an incident involving the killing of a tiger inspired Lennon to write the song, ‘The Continuing Story of Bungalow Bill’. Richard A. Cooke III, who had shot and killed the tiger, later confirmed that the lyrics describing Bungalow Bill as ‘the all-American bullet-headed Saxon mother’s son’ were a possible reference to him.

‘Why Don’t We Do It in the Road?’ was written by McCartney in India after he saw two monkeys mating in the street while ‘Rocky Raccoon’ and ‘Everybody’s Got Something to Hide Except Me and My Monkey’, evolved from a jam session with McCartney, Lennon and Donovan in Rishikesh.

‘Yer Blues’ and ‘I’m So Tired’ were written by Lennon; the former was a reflection of his unhappiness despite the meditation and tranquil atmosphere while the latter was written when he had difficulty sleeping. His ‘Child Of Nature’ too was inspired by the environs of the ashram but was left out of the album. The composition resurfaced as ‘Jealous Guy’ published as a solo in 1971.

Lennon initially wrote ‘Sexy Sadie’ as ‘Maharishi’, as he prepared to leave Rishikesh after Mia Farrow accused the the guru of sexual impropriety. Later, Lennon acknowledged in an interview that the Maharishi was the inspiration for the song with its line ‘What have you done?/You made a fool of everyone’.

For all the controversies surrounding it, the Beatles’ journey would come to embody the Western leaning towards the East for spiritual answers. Today, the abandoned, decrepit Beatles’ Ashram is all that remains of this journey; the lone visitor wandering through the property can only wonder what it was like during its heyday. And imagine. 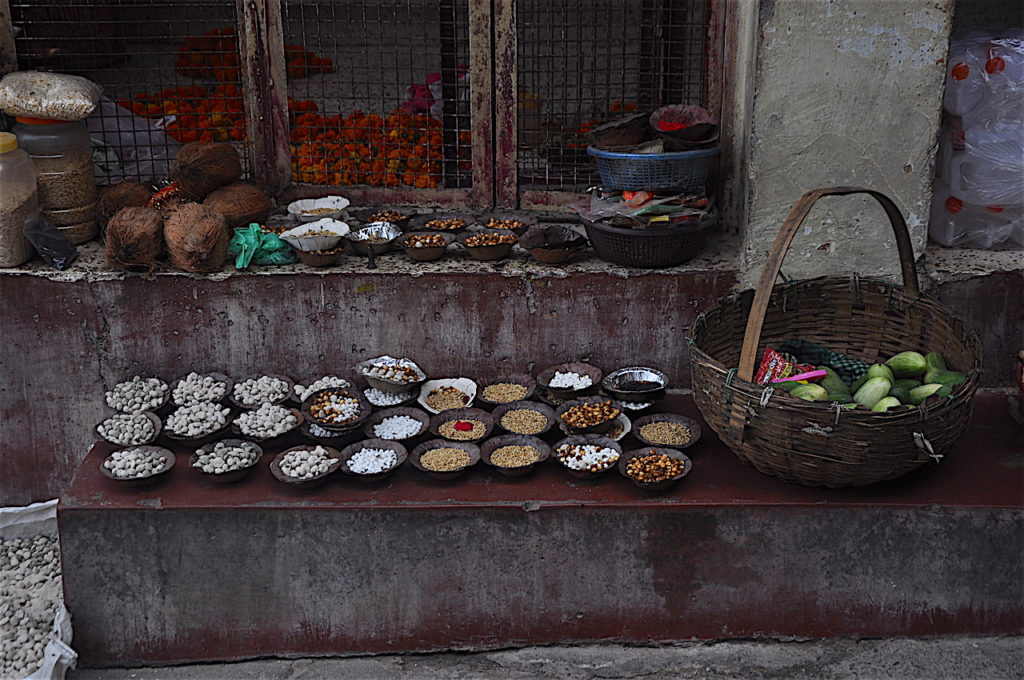