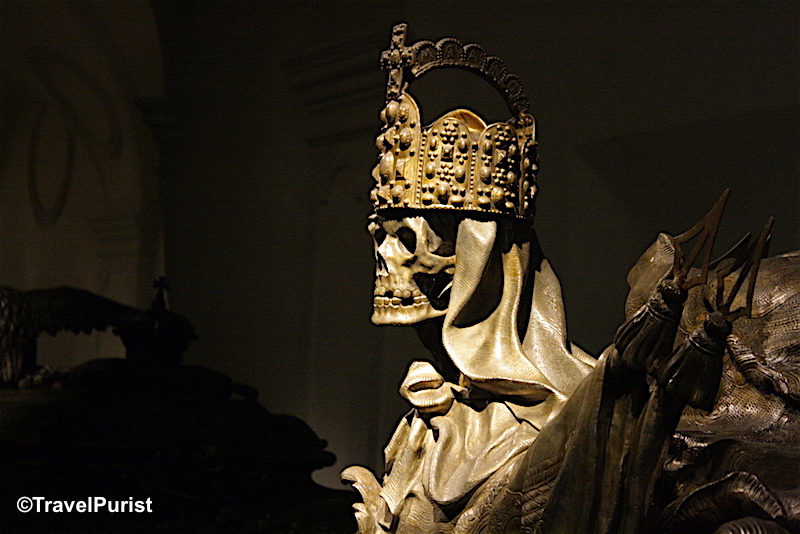 Travel Purist takes you to some dark places this Halloween.

Celebrated in a big way in America, and now popular in other parts of the world, Halloween is a Christian feast with Celtic origins. Occurring on 31st October, it was meant to mark the end of the harvest season and the beginning of the darker part of the year, namely, winter. It was also seen as a time when the earth was close to the spirit world and when souls of the dead returned to their homes. The Celtic practice saw people going from door to door in costume, chanting verses or singing songs and prayers in exchange for food. Today, Halloween celebrations typically involve dressing up as witches and ghouls, with children going ‘tricking or treating’ where they receive candy as a ‘treat’ or get to play a prank for a ‘trick’.

This Halloween, Travel Purist brings you travel noir with some dark places that continue to haunt us long after our visits there. These are both places of an ethereal beauty as well as those which evoke the creepy, the spooky or the downright horrific among sights and destinations. Seek the spirit of the dead among the beautiful sculptures in the vast cemetery that is the Necropolis in Glasgow and the exquisite graves of the Habsburg royals in the Kaiser Crypt of Vienna. Or wend your way through the catacombs of Paris and marvel at the haunting beauty of the ghost city of Fatehpur Sikri near the Taj Mahal in Agra.

And yet the most hair-raising sights are the ones that show the darker side of human nature. From the Tuol Sleng Genocide Museum and the Killing Fields of Phnom Penh to the Nazi concentration camp of Terezin near Prague and the KGB museum in Riga, Latvia, let this Halloween also be a lesson in history, a reminder that we must never allow those dark chapters to be repeated, ever. 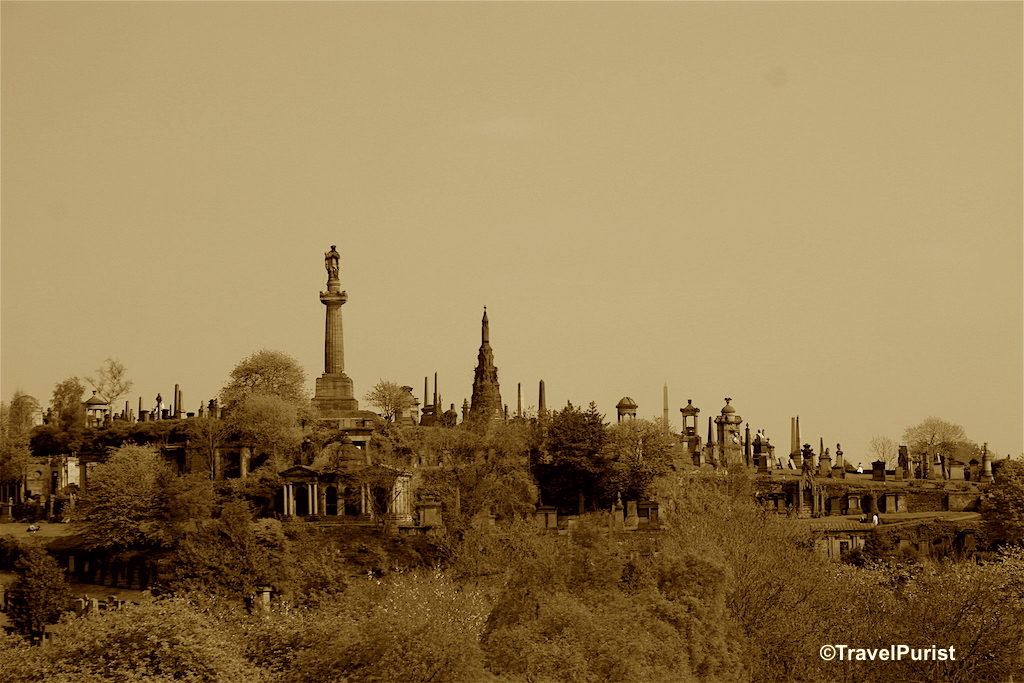 Given that Halloween finds its origins in the Gaelic festival of Samhain, it is only fair to begin our Halloween tour in Scotland – in what is known colloquially as the ‘City of the Dead’. Spread across 37 acres on a hill, the sprawling graveyard that is the Necropolis is, in fact, one of the most beautiful and tranquil places to spend an afternoon if you’re in the city of Glasgow. More an architectural marvel than a spooky place, this Victorian cemetery that houses fifty thousand graves, looms large over the city’s historic district and is known for its beautifully sculpted gravestones and monuments (look out for the gravestone of William Miller, writer of the nursery rhyme ‘Wee Willie Winkie’). There is, however, one mysterious connection with this site – that of Freemasonry. With many of its creators, as well as those buried here being Freemasons, one can spot Freemason symbols across the cemetery. That said, the Necropolis has been a place of rest for Catholics, Protestants, Jews and those of other faiths. 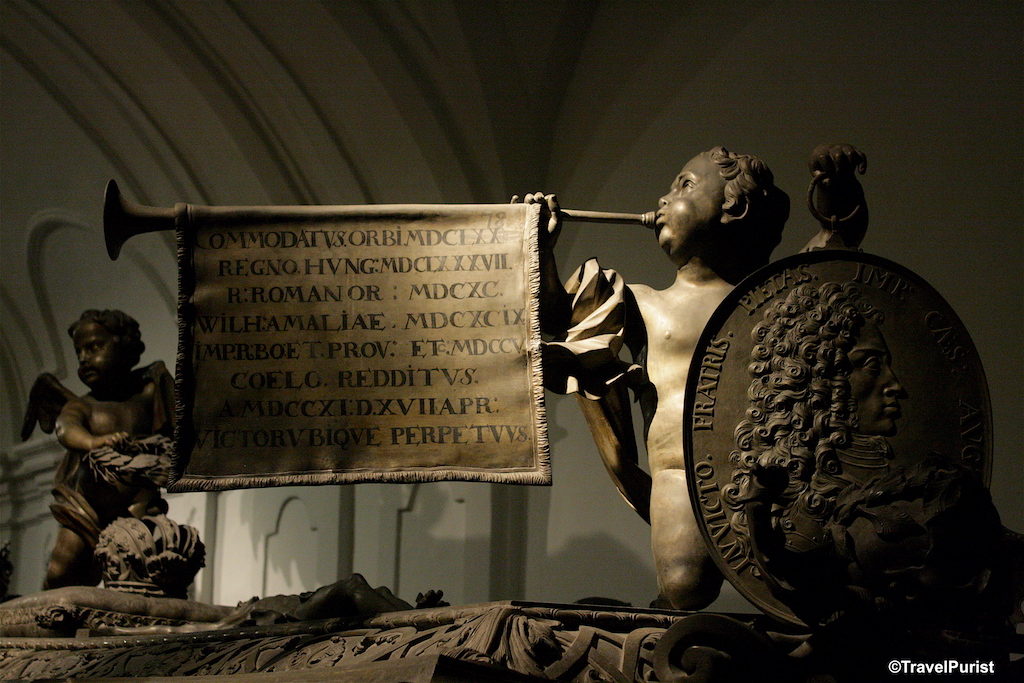 The Kaisergruft (Kaiser crypt) or Imperial crypt in Vienna is the final resting place of Habsburg royalty and an eerie artistic tribute to the 140-odd royals buried there. It is sobering to know that the rulers of the once-powerful Austro-Hungarian empire now lie as a tourist attraction in these morbid vaults. The crypts with their elaborate sarcophagi, gothic reliefs and urns lie in a suitably dark interior, surrounding visitors with grinning, crowned skulls, spooky cherubs and the like. The creepiest part, however, lies in the St George Chapel nearby, where a ‘heart room’ houses more than a few preserved royal hearts in urns. 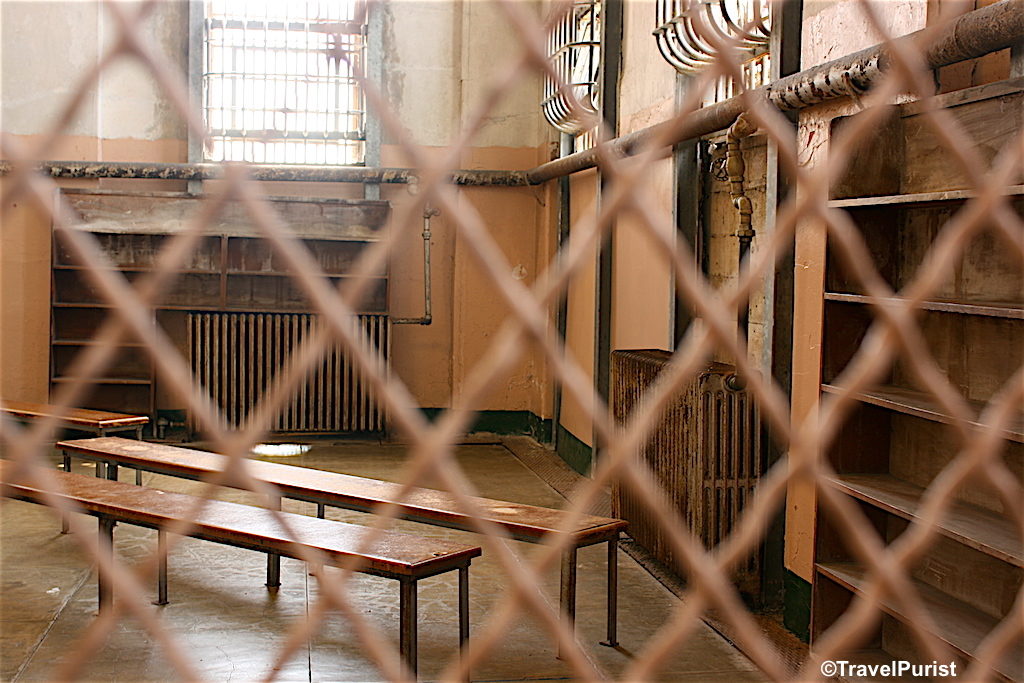 Only a boat ride away from San Francisco’s city centre, on Alcatraz Island, is the notorious prison that housed the likes of Al Capone and inspired movies like Escape from Alcatraz. A picturesque day trip across the bay, this maximum high-security federal prison with a brutal history was believed to be America’s strongest and most impenetrable. Also believed to be one of the most haunted prisons, there have been several accounts of ghostly activity here; among its many hole cells, cell 14 D is believed to be haunted as are other cell blocks. Paranormal reports include sounds of sobbing and moaning in certain cells as well as the banjo being played from the shower room where Al Capone practised his banjo skills. In the 1940s, an inmate of cell 14 D was heard screaming through the night about a creature with glowing eyes that was about to kill him. He was found dead the next morning.

The Catacombs of Paris (France) 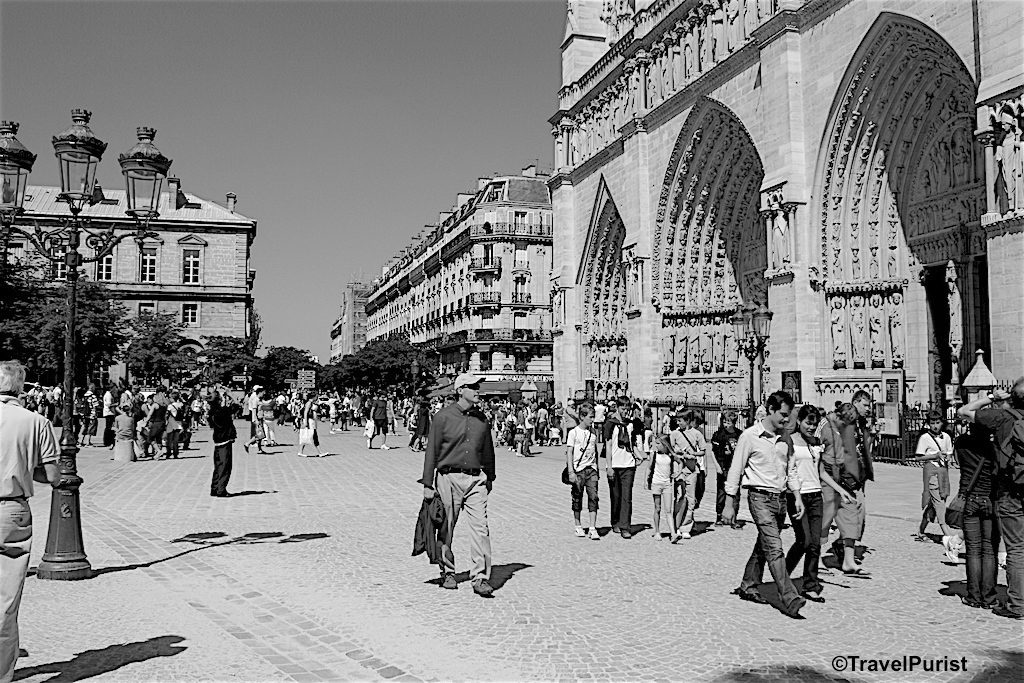 Underground burial chambers called catacombs are found in several places in Europe, of which the Roman catacombs are possibly the most famous. In Rome, these chambers were carved into volcanic rock below the living city above – a dark, dingy network of tunnels that sees several visitors. This network holds both, the ashes as well as the interred remains of ancient Romans, mostly slaves, Jews and Christians (a minority in ancient Rome) who were denied a burial place in the city above.

Meanwhile, the throbbing and vibrant city of Paris too hides its own catacombs underground – the remains of over 6 million people lie buried below the city in burial chambers known as ossuaries. Created from former quarries to ease the burden on Paris’ cemeteries in the 18th century (after a flood that caused bodies and remains to literally flow out of the city’s main cemetery, Les Innocents), there are 320 km of tunnels, largely unmapped. Not a place you’d want to get lost in. Bizarrely, some of the skulls and bones are arranged in decorative displays and even used as support beams. The Parisian catacombs attract a number of catacomb explorers known as ‘cataphiles’. 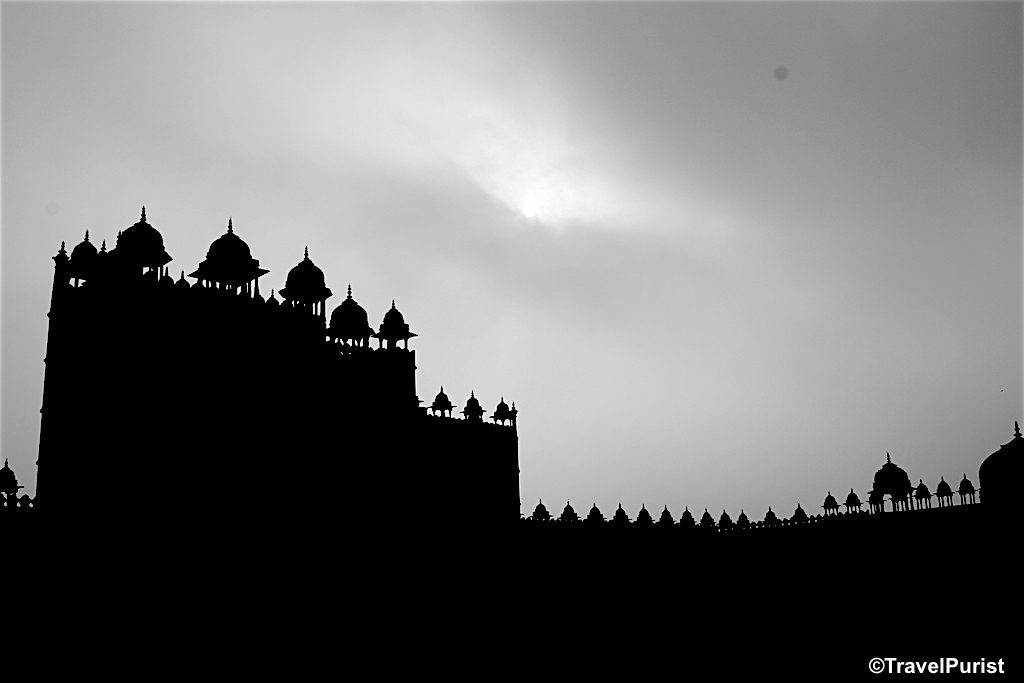 The ghost city of Fatehpur Sikri is only an hour’s drive from the iconic monument to love – the Taj Mahal – in Agra. Hauntingly beautiful, this deserted 16th century capital of the Mughal emperor Akbar, inspires awe rather than dread. A work of art in red sandstone, Fatehpur Sikri was abandoned soon after it was built and occupied; its many palaces, halls, decorative details and intricate latticework are a triumph of architecture. This royal complex includes, among other buildings, the residences of Akbar’s queens, the house of his quick-witted minister Birbal, the tomb of the Sufi saint Salim Chishti, a giant Pachisi (a board game) court where slaves served as pawns, and an artificial pond with four bridges leading to an elevated platform where the legendary court musician Tansen is believed to have performed. Stories abound amid its pillars and arches, including those of the ghostly variety. Visit early on a winter’s morning, watch its minarets emerge from the fog and imagine music, laughter and the swishing of skirts in the vast courtyards. If you don’t actually hear those sounds, that is. 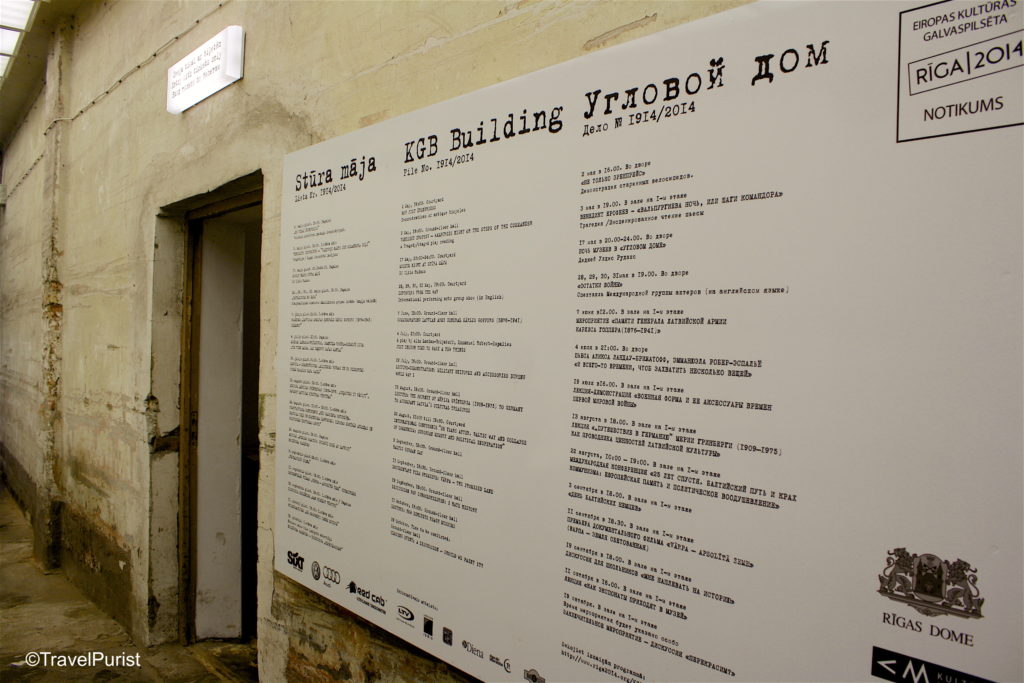 Known locally as the ‘Corner Building’, the KGB Building in Riga is a testimony to the horrors of Latvia’s Communist regime. The Baltic country was once a part of Soviet Russia and has a complex history. The headquarters of the ‘Cheka’ or the Soviet Secret Service, the building – now a museum – has a beautiful Art Nouveau façade that hides the ugly realities of that era. Guided tours are conducted in English, Latvian, German and Russian, and visitors are forbidden entry on their own for fear that they might get lost in the maze of rooms and torture chambers. It has a network of detention cells, interrogation rooms and narrow passageways that once saw torturous and night-long interrogations by Secret Service agents. Once inside this house of terror, politicians, artists, writers and others usually disappeared without a trace. 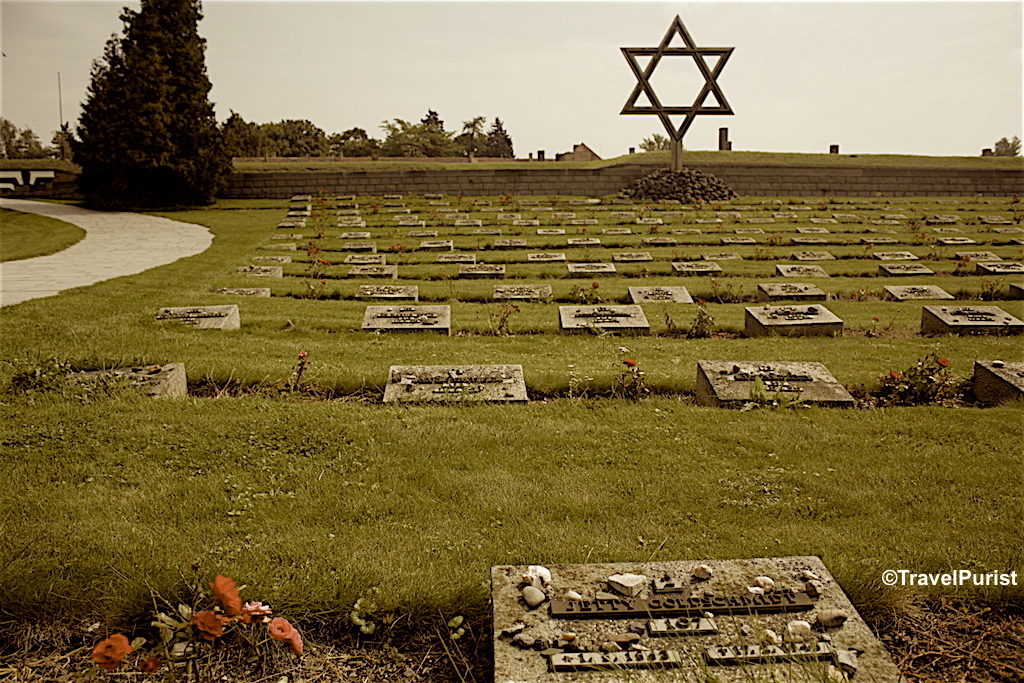 Some of the greatest horrors are not otherworldly but have been inflicted by human beings upon each other. Just an hour by bus from the beautiful city of Prague lies the ghost town and concentration camp of Terezin or Theresienstadt. Ironically, a fortress built by Habsburg royalty and holiday resort of Czech nobility, it is now remembered for its concentration camp, a stopover to the Nazi extermination camps of Auschwitz, Treblinka and others. Of the 150,000 Jews held here, 15,000 were children. The heartbreaking artworks and writings by the latter are on exhibit and show the unspeakable horrors they were witness to; less than 150 children and and 17,247 adults survived. There are guided tours through the camp, a chilling wasteland that is now a grim showcase of human depravity. 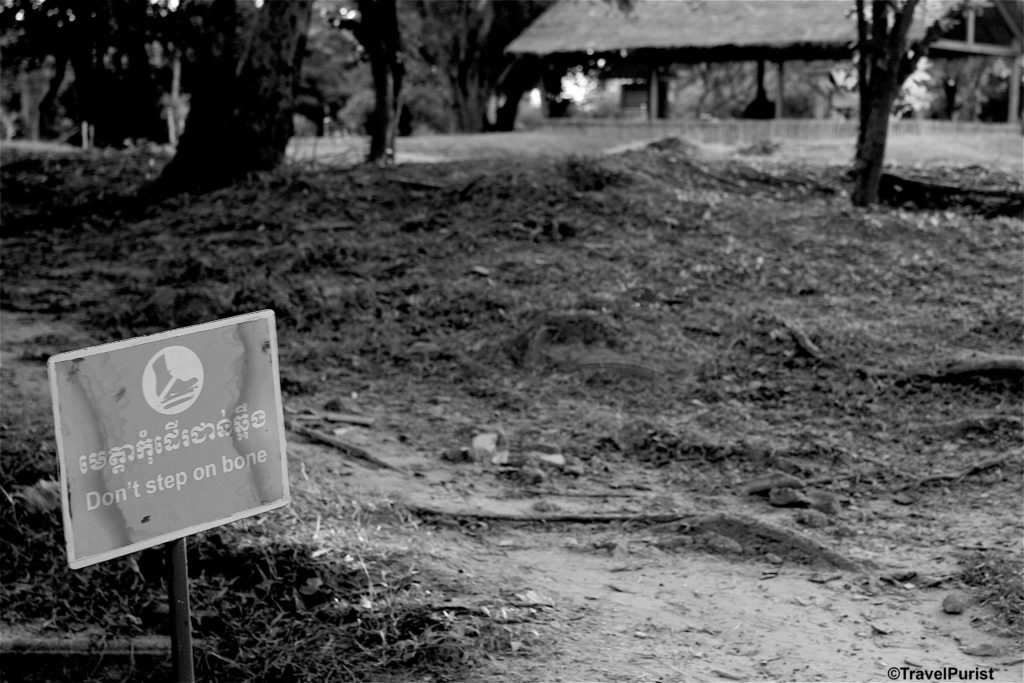 Cambodia’s wounds from the Khmer Rouge regime are still fresh with tragic stories of families that were forced to flee or stay behind to be decimated between the years 1975 and ‘79. At the Tuol Sleng Genocide Museum – once a school and then the deadly S-21 prison – are marks of torture and a glimpse into the horrific prison life of those once held captive. Meanwhile, the Killing Fields of Choeng Ek, were the extermination camp where prisoners – men, women, children and babies – from S-21 were transported to their brutal deaths. Fragments of human bone and cloth remain scattered around the areas where mass graves have been disinterred; the chilling sign ‘Don’t step on bone’ is likely to haunt you for the rest of your life. A small pond near the boundary seems almost serene until the you discover that more human remains lie beneath the still water. The Memorial Stupa encases over 8000 skulls seen from behind its glass panels.