Love In The Time Of Conflict

A saint-poet’s unrequited love, the queen who captured the enemy’s heart, temple erotica and the various shades of love. Unusual love stories from places around Udaipur. 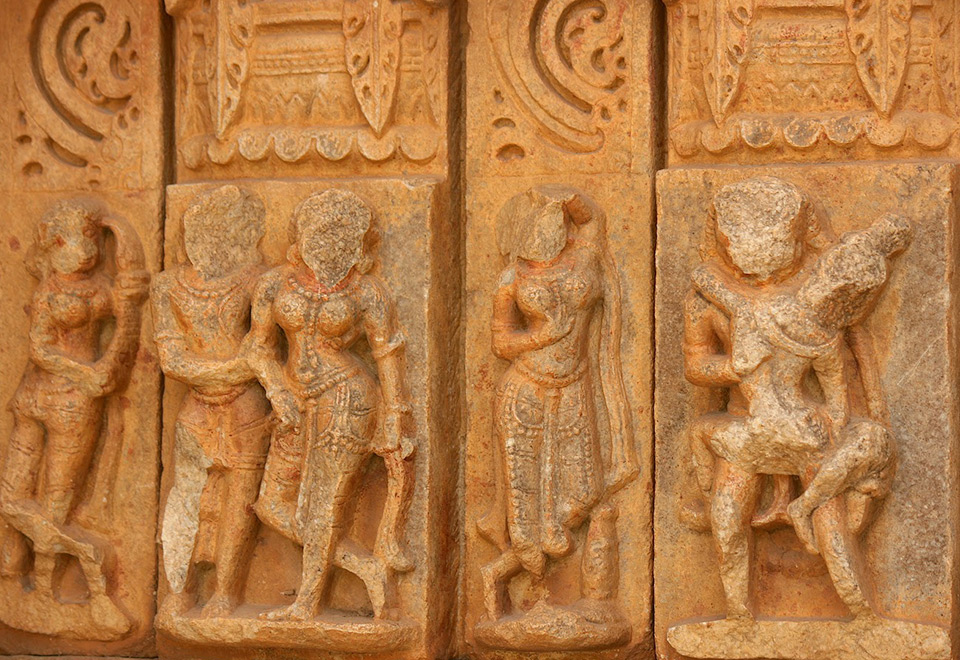 Much has been written about the romance of Udaipur in Rajasthan. And yet, captivating as Udaipur is with its many attractions ranging from lakeside palaces and havelis to crooked gullies and flaming sunsets by the ghats, it’s not quite enough to restrict oneself to the city. Within easy reach, at the beautiful forts of Chittorgarh and Bundi, and at the deserted temples of Nagda, are unusual love stories set in stone. 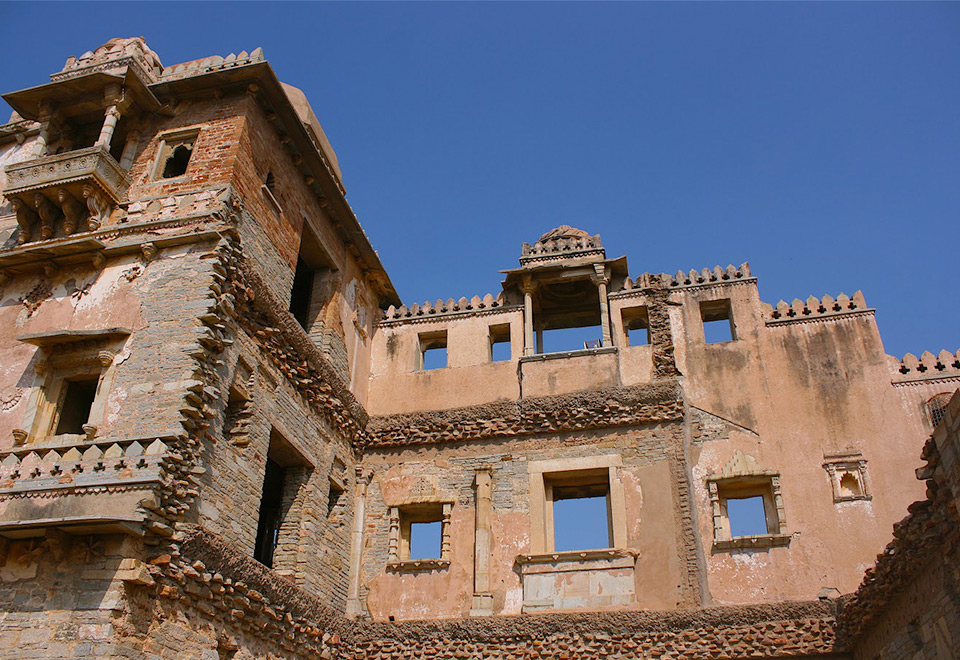 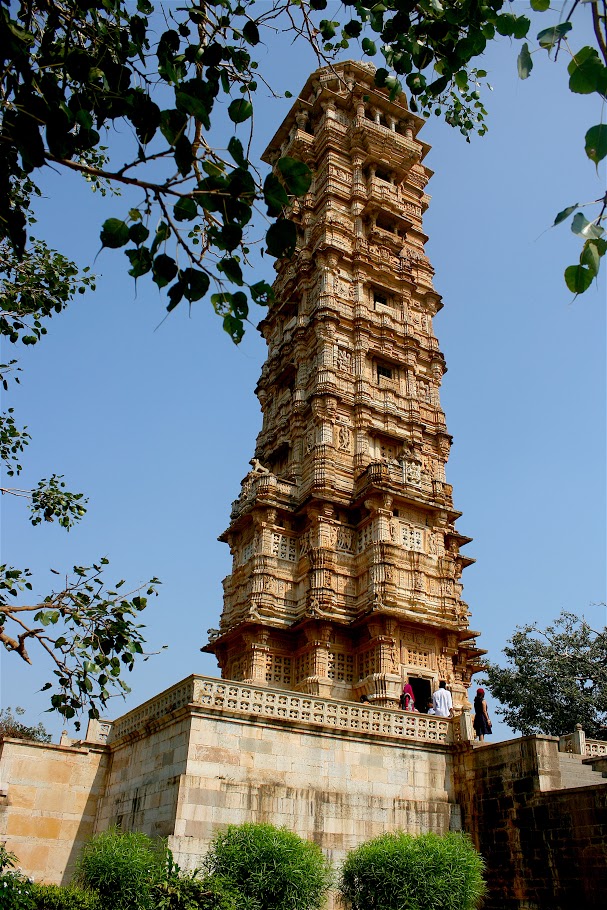 The UNESCO World Heritage Site of Chittorgarh – believed to be the largest fort in India – has borne witness to two doomed love stories, both controversial. The Rani Padmini Palace within the fort is a modern structure, built only in the 19th century. Whether it is historical fiction or fact remains unknown, but the story goes that the beauteous queen, wife of the 13th century ruler Ratan Singh, captivated the Sultan of Delhi. Having heard about her legendary beauty, Alauddin Khilji asked for a glimpse of the queen. He was granted a reflection of her face in the mirror, which captured his heart, leading to war and eventually, Padmini’s tragic death by jauhar (self-immolation by fire).

Interestingly, in the Kabutara community – a tribe labeled criminal in colonial times – legend has it that Rani Padmini did not commit jauhar. Instead, she escaped along with a band of guerilla forces, scaling the fort walls and entering enemy territory to eventually co-habit and produce children whose descendants are the Kabutaras.

The fort is vast and Padmini’s is just one of the many stories that resound here. Near the 122 feet high Vijay Stambh or the Victory Tower that provides a bird’s eye view of the fort to those brave enough to climb its steep steps, are the Rana Kumbha Palace and the Krishna temple of the devotional poetess Meerabai. Meerabai’s is a tale of unrequited love. The Rajput princess was a reluctant bride in 1516 to Bhojraj Singh, the prince of Mewar, and went on to reject him for the love of Lord Krishna. So obsessed was she with the deity that this divine love and longing found expression in her poems where Krishna is embodied as her lover and husband in the afterlife. Her devotional poetry gave rise to the Bhakti movement in Hinduism that was led by other individuals who, like her, have been deemed poet-saints.

Meanwhile, the Rana Kumbha Palace was the venue of a tragic love story of another kind. It was here that Udai Singh II, the heir to the Mewar kingdom was born. Folklore states that when his nursemaid, Panna Dai, got wind of a plot that was being hatched to kill the baby, she switched cradles with her own baby boy to save the life of the heir to the throne. The prince was taken away to safety while her own son was slaughtered in his place. Her love and sacrifice for the prince and loyalty to the kingdom have been eulogized in Rajput history and mythology but the story makes one wonder if it was love or simply a case of coercion from the royal masters.

When Udai Singh II became king, he left Chittorgarh to set up his capital in Udaipur, leaving two generals and 8000 Rajput soldiers to guard the fort. When the fort faced its final siege in 1567 by the armies of the Mughal emperor Akbar, thousands of women committed jauhar and innumerable soldiers lost their lives in battle.

Today, 5000 descendants of the surviving soldiers (who remained at the fort, in the employment of the enemy) of Udai Singh’s army continue to live within the fort. After the decline of the Mughals, their families went on to serve the British and then the Indian government. All of them possess the ‘tambdapatra’ or the copper plates that served as land records given to them by their erstwhile Rajput rulers. The fort is now the property of the Indian government but they are allowed to live within its premises, on the land of their ancestors. Some of the official guides at Chittorgarh trace their lineage to these Rajput soldiers. 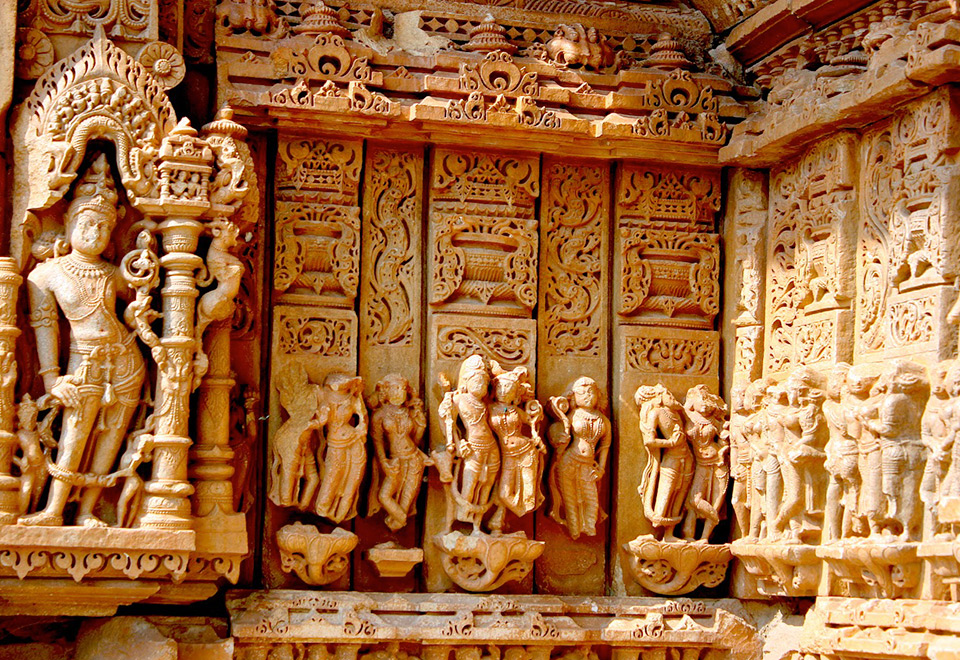 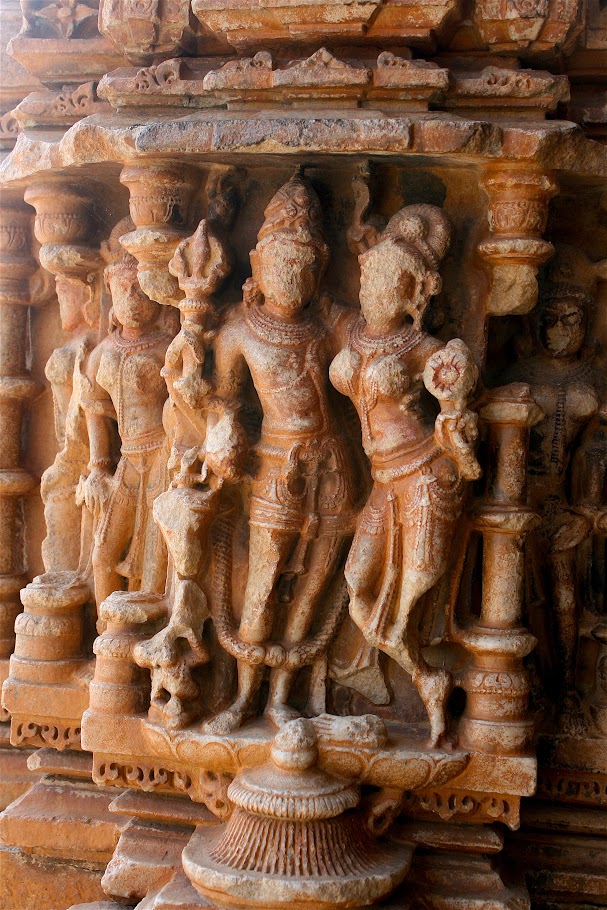 Indians are no strangers to temple erotica euphemistically referred to as ‘loving couples’ by guides at various archaeological sites around the country be it
Khajuraho, Belur or any other. Well, whether you’re a loving couple or a family or solo traveller looking for a quiet spot where you can actually soak in some history and architecture in peace and far from the madding crowds, head straight to the lakeside temples of Nagda.

Before the name – Saas-Bahu (‘mother-in-law/ daughter-in-law’) temples – kills the romance of the setting, know that it is a distortion of ‘Sahastra-Bahu’ or ‘the one with a thousand arms’ (Vishnu). These deserted 10th century Vaishnavite temples are all that remain from the erstwhile capital of the Mewar kingdom after it was invaded by Altamash or Iltutmish, the founder of the Delhi Sultanate. Amusingly, the larger temple is the ‘Saas’ and has a marriage hall or mandapa where married couples were meant to pay their respects. The sculptures of Brahma, Vishnu, Shiva and Surya are carved onto four pillars while the equally ornate ceiling depicts scenes from the epics. There is also a depiction of Sita’s trial by fire. The richly carved exterior of the temple includes, apart from various Hindu deities, seductive apsaras and couples engaged in erotic acts.

While the ‘Bahu’ temple is smaller and not as elaborate, it has a beautiful octagonal ceiling. Both temples are surrounded by smaller satellite shrines.

The many shades of love in Bundi 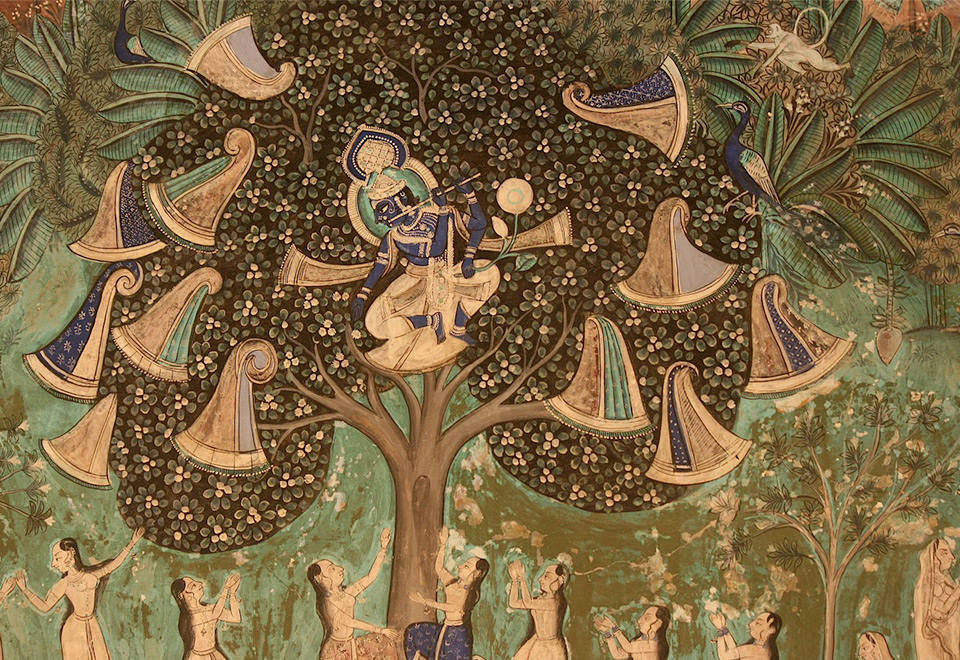 A settlement of squat houses painted in blue pays obeisance to the imposing Taragarh Fort at romantic Bundi. A town that retains its medieval charm, this is where you can wander narrow lanes and climb up the cobblestone paths of its fort for spectacular views of the surrounding landscape marked by the Vindhya mountains. The 13th century fort houses the Bundi palace known for its vast art gallery known as the Chitrashala – an exquisite and intriguing collection of painted murals that tell stories of battle and love, of mythology and, perhaps, more liberal times.

Bundi is known for its own style of miniature painting known as the Bundi school or the Hadoti school. At the palace, doorways lead to a courtyard surrounded by large panels of scenes from the life of Krishna such as the time when he hides the clothes of bathing gopis or serenades them by playing his flute, and of him dancing with Radha. The ceiling, pillars and archways display intricate floral and other motifs; the colour palette comprises shades of turquoise and blue. While the murals depict stories and scenes from Rajput battles and courtly life, they also provide interesting sub-plots and portraits. Among the ones that piqued our curiosity were the figures of a woman wielding a rifle and another pouring herself a glass of wine. On another wall, two women appear locked in a romantic embrace. Perhaps the 18th century artists of Bundi understood life and love better than we do today, acknowledging the various shades of living and loving as they did in the Chitrashala.